Nepal Is Not A Satellite State Of Any Country: Former PM Nepal

Nepal Is Not A Satellite State Of Any Country: Former PM Nepal 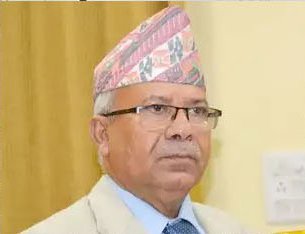 “One should not consider Nepal as its satellite and never interfere in its internal affairs,” said former prime minister Madhav Kumar Nepal. "Nepal-India relations should be like the one which creates a win-win situation for both of them. Nepal can never think against India's interests. What would it gain by doing so? India is a big neighbouring country of Nepal with which we have ancient and emotional ties.

Talking to Press Trust of India, he said that it is not possible that Nepal's relations are good with one neighbouring country and bad with another defending the growing relations between Nepal and China.

He said that Nepal Neither used the China card against India nor the India card against China, and wants to develop good relations with its neighbours on the basis of self-respect and sovereignty, a former Nepalese prime minister has said here.

His comments came amid China's foray into the land-locked Himalayan nation where Beijing has been investing heavily for the last few years to enhance connectivity and infrastructure.

Nepal neither used the China card against India nor the India card against China, said Madhav, who served as the country's prime minister from May, 2009 to February, 2011. He also highlighted the importance of strong relations between India and Nepal. "Nepal and India enjoy good relations. We have to strive continuously to make these relations more warm and more close," the 65-yearold former prime minister told PTI.

"Today, trade has become an important aspect of the world affairs and Nepal wants to go ahead on the path of progress and looks to make its economy stronger," Madhav said. He said that India is a big country which can be a source for investments in Nepal. Nepal wants concession in its trade with India, he said.

When Prime Minister Nerandra Modi addressed Nepal's Parliament during his visit to the country in 2014, it had a positive impact on the people. The relations between the two countries got a positive direction after his address but that did not last long and the blockade on the issue of Madhesis negatively impacted the bilateral relations, Madhav said.

There is a need to move ahead instead of deliberating on such issues, he said. Madhav believes that after Modi's last visit to Nepal in May, things are getting on the track and there is a need for the two countries' leadership to continue working on this direction.

"If Nepal enhances its relations with China in the areas of trade and connectivity, rail, roads and air, then how come it is a disadvantage to India?" he asked. The former prime minister said that a direct rail line between India and Nepal will benefit Nepal as its businessmen have to use Kolkata's port to import goods from China's Guangzhou city and often pay extra taxes. "India can help Nepal in the hydropower sector. There is a great scope of tourism in Nepal and India can help it in developing its infrastructure," he said. He also expressed concern over delay in completing Indian projects and urged the government to pay attention to it.

117 People Of Nepali Origin Die Due To Coronavirus In Various Parts Of The World By NEW SPOTLIGHT ONLINE 2 days, 3 hours ago