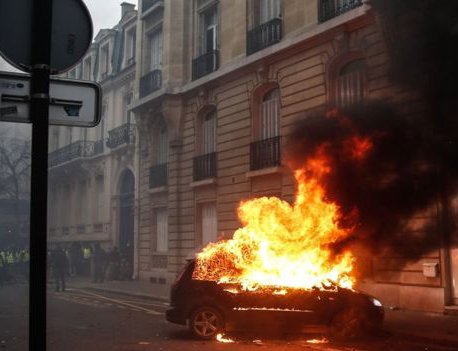 French President Emmanuel Macron is set to meet trade unions and employers' organisations, in a bid to defuse weeks of unrest in Paris and other cities.

Monday's meeting comes ahead of a TV address in which he is expected to announce measures in response.

About 136,000 "yellow-vest" protesters took to the streets on Saturday. More than 1,200 were taken into custody. 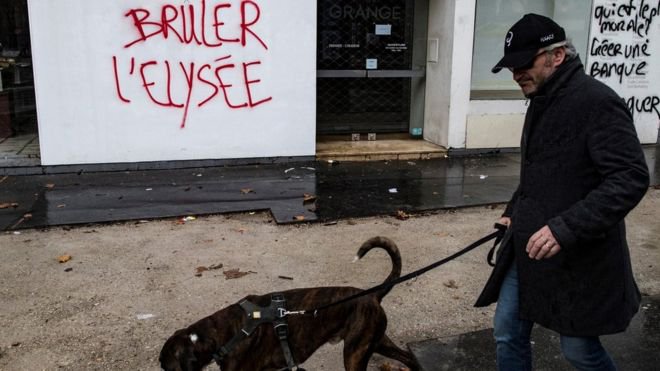 Finance Minister Bruno Le Maire described the situation as a "catastrophe for businesses" and the economy.

Protesters have staged demonstrations and road bocks across the country over the past four weekends.

What is President Macron planning to do?

At 10:00 local time (09:00 GMT) on Monday, he will meet representatives of five major trade unions and three employers' organisations, as well as local officials.

Correspondents say that the yellow vests are an organic grassroots movement with no affiliations to any party, but some trade unions have taken up their cause and encouraged the government to listen to their grievances. 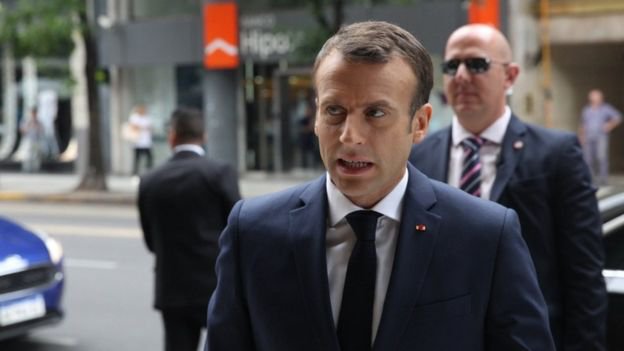 Macron will then address the nation at 20:00 the same day.

Labour Minister Muriel Penicaud said he would announce "immediate and concrete measures" in response to the crisis.

Macron has kept a low profile so far during the protests. Many of the protesters have called for his resignation.

He has been criticised for being out of touch and not listening to the struggles of ordinary people.

Last week, following talks with representatives of the yellow-vest movement, the government announced it was abandoning the fuel taxes that have angered the protesters.

But this failed to placate them and on Saturday they turned out in similar numbers to last week's demonstration.

What is the yellow-vest movement?

The protesters adopted the name after a social-media campaign urging people to take to the streets wearing the high-visibility yellow jackets that must be carried in every vehicle in France.

They were initially protesting against a rise in duties on diesel, which is widely used by French motorists and has long been less heavily taxed than other types of fuel.

Diesel prices have risen by about 23% over the past 12 months - and Mr Macron's decision to impose a tax increase of 6.5 cents on diesel and 2.9 cents on petrol from 1 January angered many, particularly in rural areas.

But protests have also erupted over other issues, including calls for higher wages, lower taxes, better pensions and easier university entry requirements. 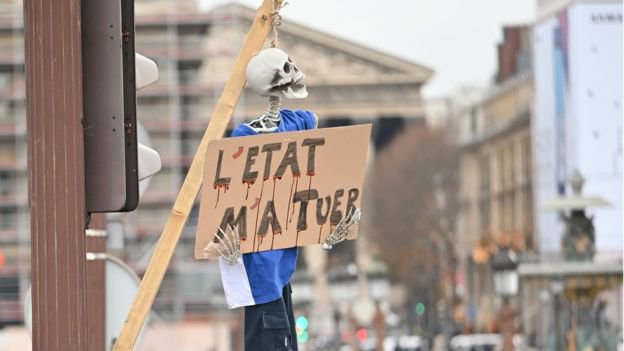 The movement's core aim, to highlight the economic frustration and political distrust of poorer working families, still has widespread support.

An opinion poll on Friday suggested a dip in support for the protests, but it still stood at 66%.

Meanwhile, President Macron's ratings have fallen to 23% amid the crisis, polls suggest.

Sino-Indian Relations Can Be Healthy And Calm If The Border Calms Down By News Desk 3 days, 16 hours ago