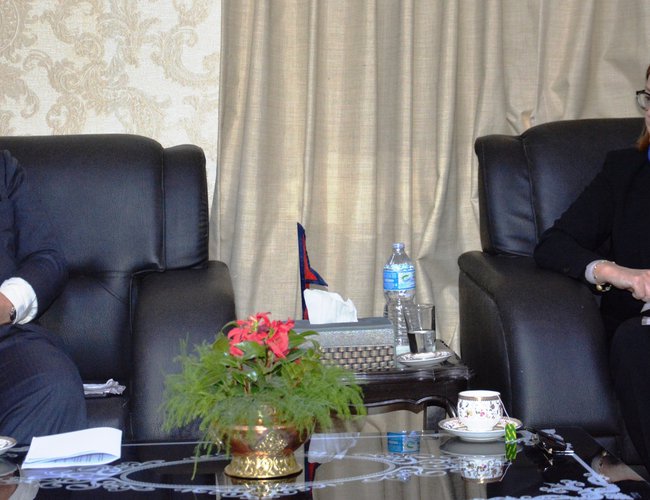 Veronica Cody, Ambassador of Delegation of the European Union to Nepal, paid a courtesy call to Minister of Home Affairs Ram Bahadur Thapa Badal today at his office in Singhdurbar. During the meeting, both the sides focused their discussion on how to cooperate and collaborate with European Union in the areas of disaster management.

According to a press release issued by Ministry of Home Affairs press secretariat, home minister Thapa thanked European Union for its support during the earthquake and other disasters. Minister Thapa said that there is a lack of capable manpower and equipment to carryout disaster management he said that Nepal is expecting such support from EU.

Grade 11 Examinations To Be Held At The School Level By NEW SPOTLIGHT ONLINE 16 hours, 14 minutes ago