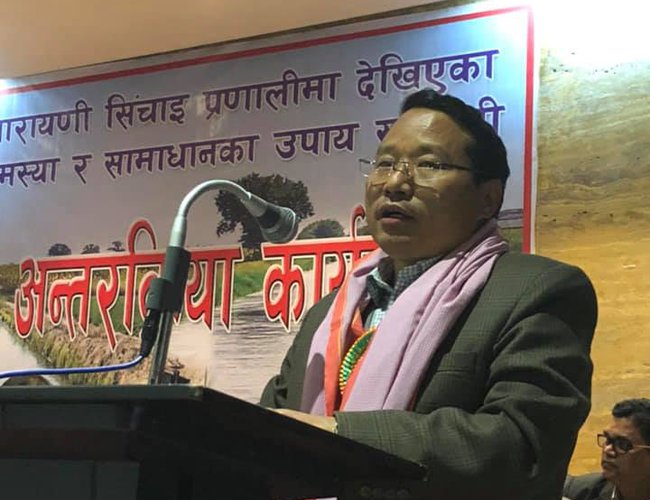 Minister of Energy, Water Resources and Irrigation Barshaman Pun Ananta said that the government is working to replace diesel, petrol and LPG through the electrification.

Addressing a program in Narayani Irrigation Project in Birjgung, minister Pun said through the expansion of electric vehicles and electric heater the import of petroleum products will be reduced.

“We are now spending 200 billion rupees to import petroleum products to run the vehicles and 40 billion equivalents LPG to cook foods. This can be reduced investing in hydropower sector,” said minister Pun. He also said that the time has come to concentrate debates on prosperity and development. There need to generate more employment to prevent over 5 million youth going abroad for job.

Minister Pun said that the government is committed to generate 10000 MW of power in ten years. He said that agriculture is main stay of Nepali economy and there need to increase irrigation to boost agriculture production.