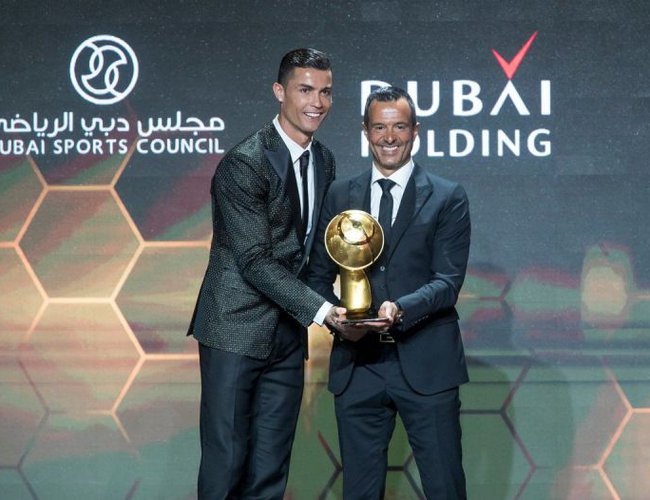 Ronaldo was nominated in the player of the year category, alongside France duo Kylian Mbappe and Antoine Griezmann. The Portuguese enjoyed a fruitful 2018, having helped Real Madrid to a third consecutive Champions League title.

The 33-year-old also emerged top scorer in the Champions League, after netting an impressive 15 goals en route to Madrid’s triumph. Meanwhile, Mbappe and Griezmann also won multiple trophies in the year under, having played a key role in France’s World Cup triumph earlier in July.

The heart of the matter

Despite the contest, Ronaldo beat off competition from the France duo to win the best ‘Player of the year’ category at the 2018 Globe Soccer Awards. This means the Portuguese has now won the prestigious individual award five times, having also won it last year.

The Juventus star also won the 'goal of the year' award following his spectacular overhead kick against current club Juventus.

"The year has started very well with this fantastic award, and with this beautiful goal that I, unfortunately, scored against my current team, so I'm not totally happy (smiles),” Ronaldo said upon receiving his award.

"I thank the fans who voted for me, the goal is to keep scoring. I've scored almost 700 goals in my career and this is more beautiful than I first thought.”

Ronaldo has added one award to his already impressive trophy cabinet and it is certain that the Portuguese will be looking forward to retaining the award once again at the end of 2019.

Meanwhile, for immediate targets, the 33-year-old would definitely be aiming to help Juventus wrap up the Series A title as well as the UEFA Champions League.