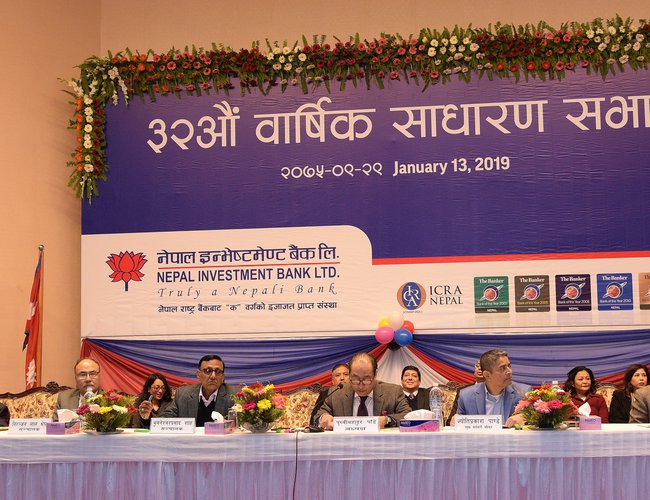 The bank has more than 9 lakhs customer base catered from its 78 branches, 8 extension counters across the country. NIBL has a network of 109 ATMs and leads a consortium 14 Visa Associate banks and 7 NPN member banks.

NIBL is the only bank in the country to have received the “Bank of the Year Award” five times from Financial Times Group’s The Banker, a UK based Bank magazine. It also received the “Euromoney Award for Excellence- the Best Bank 2018”and received a credit rating [ICRANP-IR] A+ from ICRA Nepal.

FAO Warns Multiple Impact Of Viruses, Plagues And Economic Damage Will Fuel Hunger In Asia And the Pacific By NEW SPOTLIGHT ONLINE 2 days, 10 hours ago