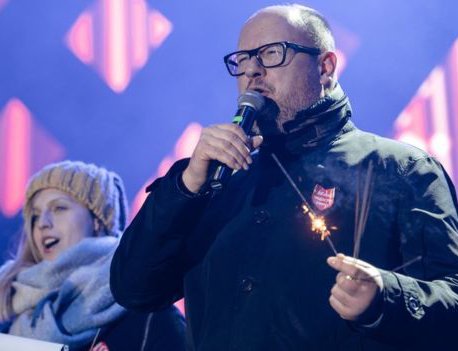 The mayor of the Polish city of Gdansk has died in hospital, a day after being stabbed at a charity event.

Pawel Adamowicz, 53, was attacked on stage in front of hundreds of people on Sunday.

He was taken to hospital for stab injuries and underwent five hours of surgery at a local hospital.

A 27-year-old with a criminal record has been arrested over the attack. Police believe he used a media pass to gain access to the stage.

"We couldn't win," Lukasz Szumowski told local media, referring to the battle to save his life.

Thousands attended vigils across Polish cities on Monday evening, including in Gdansk.

President Andrzej Duda described the attack as an "evil hard to imagine".

Polish media say the suspect is a 27-year-old named Stefan - but his full identity has so far been withheld.

A police spokesman said the man had a long criminal history, including a bank robbery and an attack on a police officer.

They also confirmed that he was released from prison late last year.

Police say they are looking into how the suspect was able to breach the event's security.

While on stage, he reportedly shouted "Adamowicz is dead" and said the Civic Platform party, which led the previous government and had supported Mr Adamowicz's re-election, had wrongfully imprisoned him.

He also alleged he had been tortured behind bars. 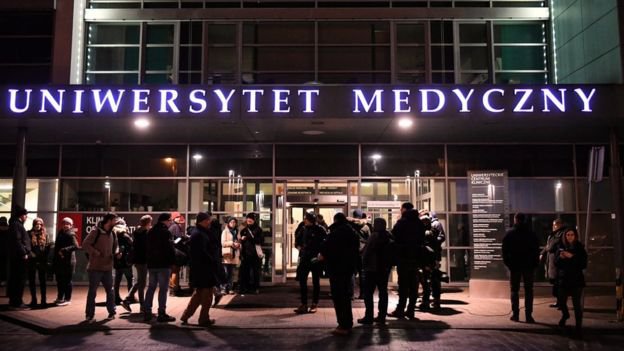 The suspect will undergo psychological assessment to see whether he can be held criminally responsible for the attack, prosecutor Krzysztof Sierak said at a press conference on Monday.