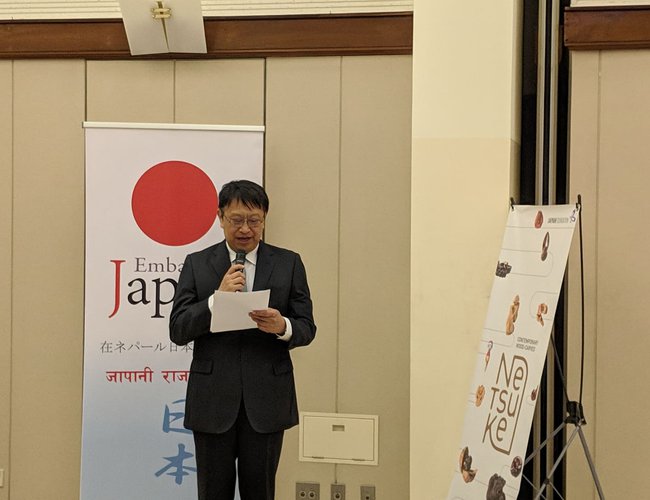 Jointly organized by the Embassy of Japan and the Japan Foundation, the exhibition is open to the general public, free of charge, from 19th to 31st January 2019 everyday between 9.30 a.m. and 4.30 p.m., including Saturdays and Sundays. 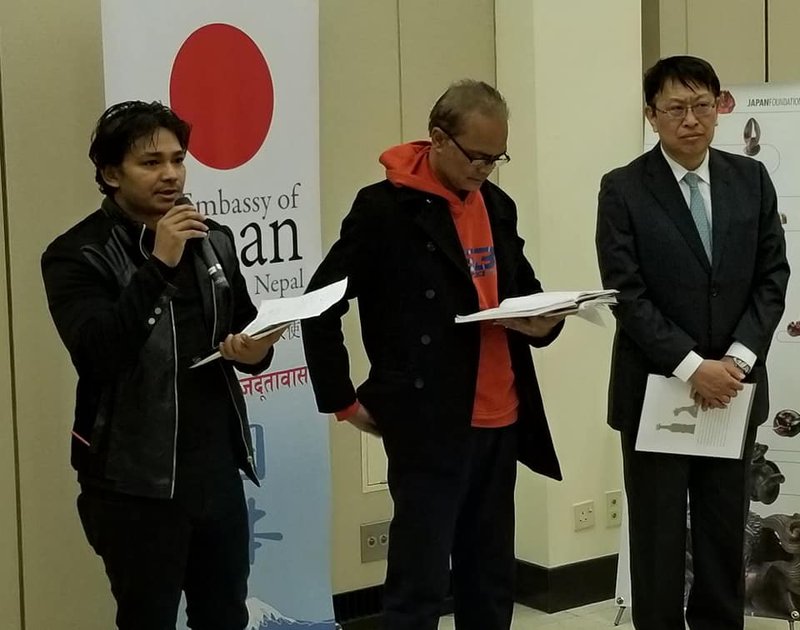 Attended by ambassadors from various countries based in Kathmandu, art lovers and Japanese embassy officials, ambassador said that Japan and Nepal’s bilateral relations strengthen further following the recent foreign minister level meeting. He said that this is a joint effort of Embassy and Japan Foundation.

The exhibits called “Netsuke” aresmall art pieces which were developed and flourished in the Edo period (1603-1868), initially served both functional and aesthetic purposes. As the traditional Japanese dress kimono have no pockets, women would tuck small personal items into their sleeves; men suspended their tobacco pouches, pipes, purses, and other items of daily use on a silk cord passed behind their obi (sash). These hanging objects are called sagemono. Netsuke was attached to the other end of the cord to prevent the cord from slipping through the obi.

The exhibition focuses on contemporary netsuke, consisting of 65 masterpieces by 46 artists. This exhibition introduces the visitors to explore and enjoy the Japanese culture, art, skills and playfulness embodied in the small masterpiece of netsuke.

Both the Japanese and Nepali people share values of contemporary art and traditional culture, and this exhibition will highlight them. It is hoped that the exhibition of netsuke will become a new practical role as a ‘toggle’, connecting Japan and Nepal.