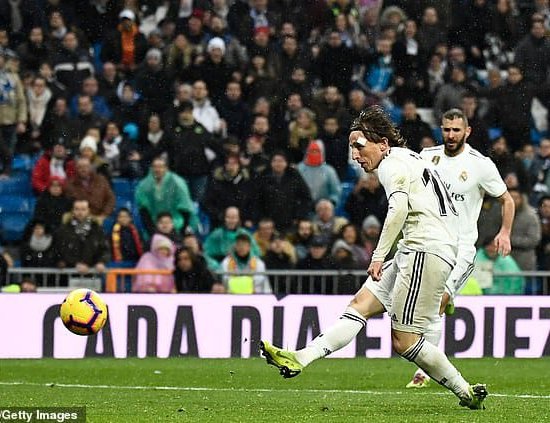 A long-range shot by Casemiro and a late goal by Luka Modric helped Real Madrid avoid another setback at home in the Spanish league, leading the team to a 2-0 victory against Sevilla on Saturday.

The win moved the side back into the top three for the first time since September and eased the pressure on coach Santiago Solari as Madrid continues to struggle with consistency.

The attack faltered again but Casemiro broke the deadlock at Santiago Bernabeu Stadium with a 78th-minute shot, and Modric sealed victory on a counter attack in stoppage time.

The win allowed Madrid to pass Sevilla in the standings and move within seven points of leader Barcelona, which hosts Leganes on Sunday. Solari’s men are within two points of second-place Atletico Madrid, which visits bottom club Huesca later on Saturday. 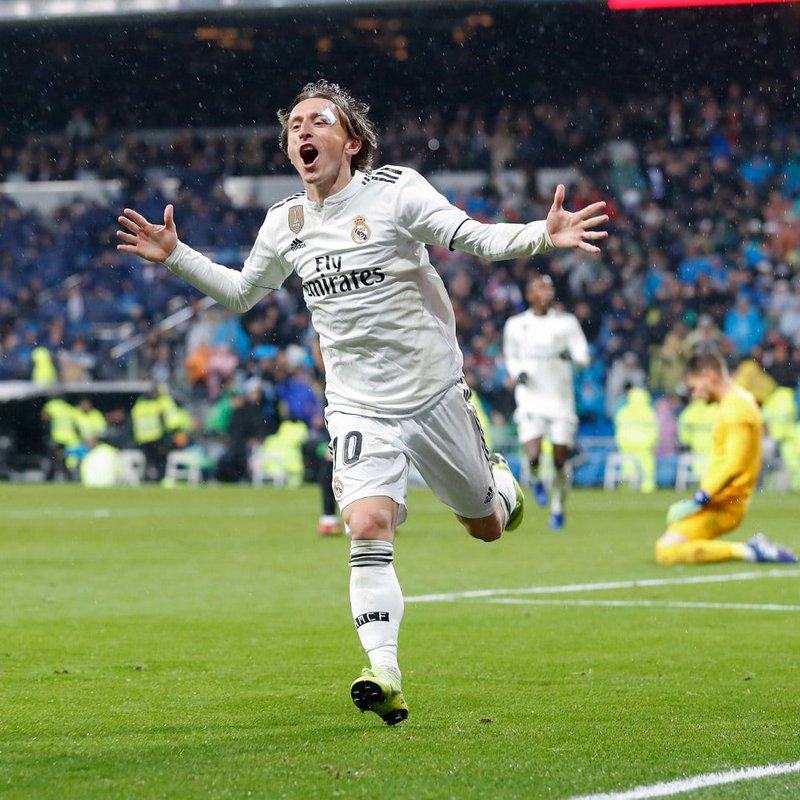 Madrid was coming off a win at Real Betis but had lost 2-0 to Real Sociedad in its last league game at home. The team entered the match against Sevilla having endured one of its worst slumps in more than two decades, losing 10 times in 32 matches in all competitions.

This time there were cheers after the final whistle on a cold and rainy afternoon at the Bernabeu, but the team still wasn’t at its best.

Again without some regular starters because of injury, Madrid had trouble creating chances against Sevilla’s solid defensive system. It dominated possession and looked in control for most of the match, although the visitors threatened on the counter attack.

Young Brazilian Vinicius Junior had two good early chances for Madrid, including a one-on-one. He also had a few decent chances in the second half, but it was midfielder Dani Ceballos who came closest to scoring for Madrid with a booming shot that struck the crossbar in the 67th. 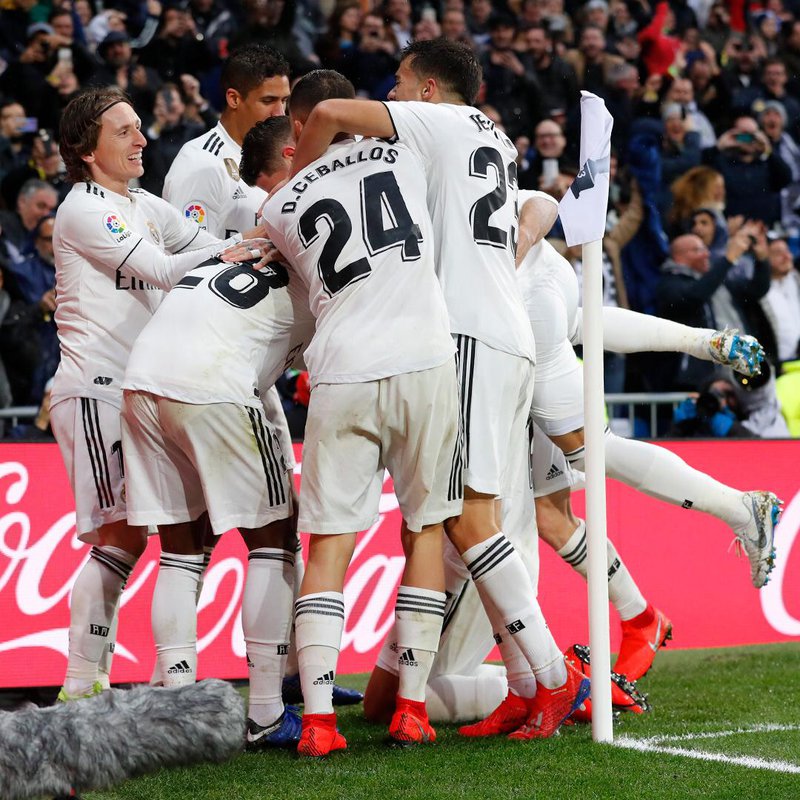 Casemiro finally put Madrid in front with a right-footed strike into the top corner and Modric added the second from a breakaway.

Among those who couldn’t play for Madrid because of injury were Gareth Bale, Toni Kroos and Marco Asensio.

Courtois was back in goal after having been sidelined, while Karim Benzema featured despite a broken finger.