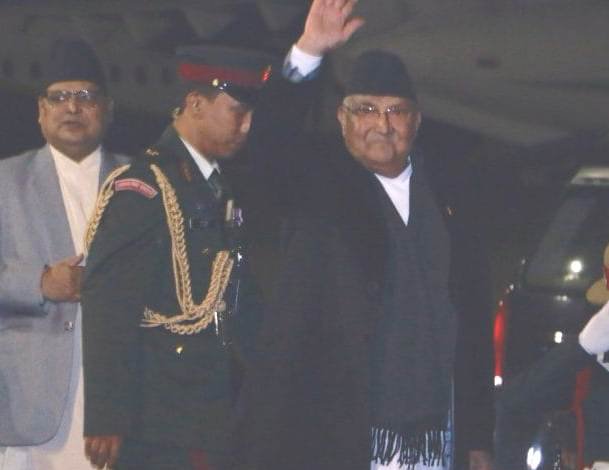 Prime Minister KP Sharma Oli has left for Switzerland last night, leading a 19-member Nepali delegation to participate in the 49th annual meeting of World Economic Forum to be held at Davos city of Switzerland.

According to RSS, Prime Minister Oli is scheduled to address two sessions of the meeting taking place from January 22-25, according to the Ministry of Foreign Affairs.

PM Oli would also hold meetings with political leaders and entrepreneurs of different countries during his stay in Switzerland, it is said. This is the first prime ministerial participation from Nepal in the meeting taking place since 1974.

The delegation is scheduled to return home on January 26, according to the Ministry of Foreign Affairs.