Red-Card Reunion: James Milner Sent Off By His Own Former PE Teacher

Red-Card Reunion: James Milner Sent Off By His Own Former PE Teacher 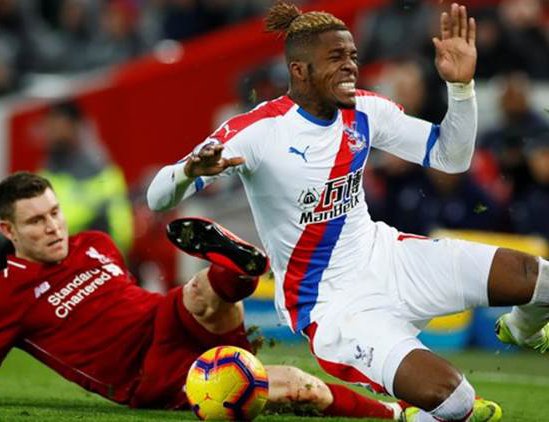 Liverpool midfielder James Milner’s sending off against Crystal Palace may well have rekindled schoolboy memories – it was his own former PE teacher who gave him his marching orders. Referee John Moss, who showed Milner a second yellow card during Liverpool’s 4-3 win over Palace on Saturday, taught the 33-year-old when he attended Westbrook Lane Primary School in Leeds, according to a picture doing the rounds on social media.

Milner, who was pressed into action as an emergency right-back after a spate of injuries at Liverpool, was sent off for a foul on Wilfried Zaha in the closing stages of the match.

He went straight down the tunnel after mistiming his tackle and will miss Liverpool’s next game against Leicester City. Moss, who taught Milner about 20 years ago, also coached the youth team in which the England international played.

The picture, which the Premier League has confirmed to be genuine, shows a baby-faced Milner seated in the front row of a team photo holding a football, with Moss standing beside his young charges with his hands behind his back.