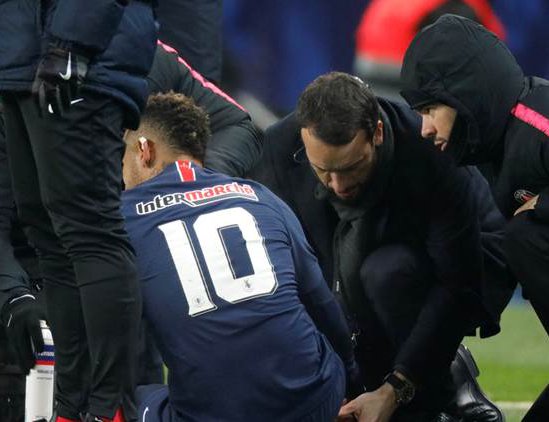 Neymar limped off with a recurrence of a right-foot injury during Paris Saint-Germain’s 2-0 French Cup win against Strasbourg on Wednesday, casting doubt whether he will face Manchester United in the first leg of their Champions League last-16 match next month.

Neymar left the field in tears after rolling his ankle in the 60th minute.

PSG travel to Old Trafford for the first leg of their Champions League last-16 tie on 12 February.

"Ney is worried, because it is the same foot, the same place," said Tuchel.

The former Barcelona forward, who has scored 20 goals in all competitions so far this season for the Ligue 1 leaders, injured the same ankle last February and missed the rest of the season, only returning to fitness in time to play for Brazil at the World Cup. 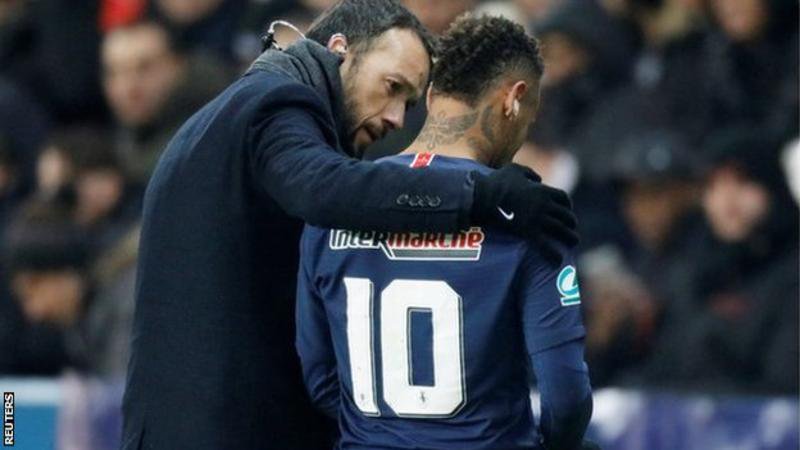 "It was a situation where he was fouled three times, one after the other. The referee didn't give anything. He twisted his foot," added Tuchel.

"He is at the hospital and I must wait for the doctor to give me news."

Tuchel was also unhappy with comments by some of the Strasbourg players and coach suggesting Neymar's behaviour provoked his opponents to cause the injury.

"It's Neymar's style, but don't come and complain when you get kicked," said Strasbourg midfielder Anthony Goncalves. 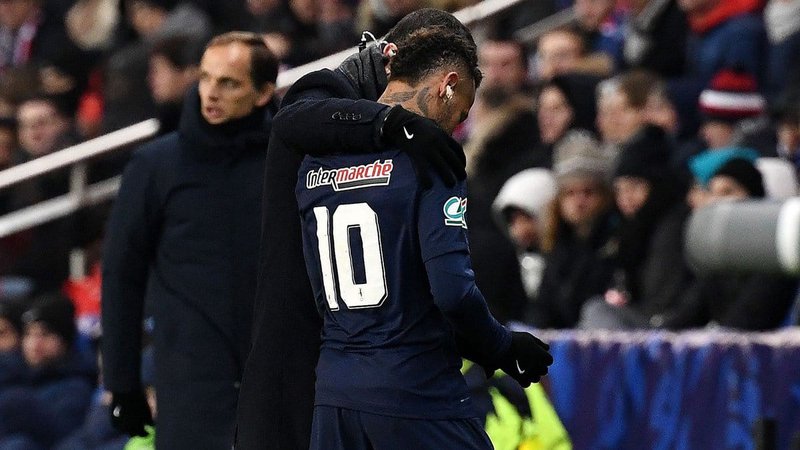 "He is a great player, I respect him. He can enjoy himself but don't come blubbering afterwards."

PSG midfielder Marco Verratti is already doubtful for the tie with Manchester United after suffering an ankle injury during the 9-0 win over Guingamp on Saturday.