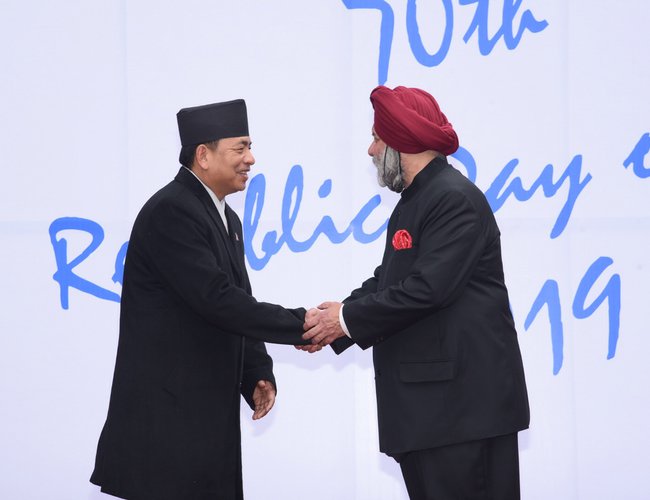 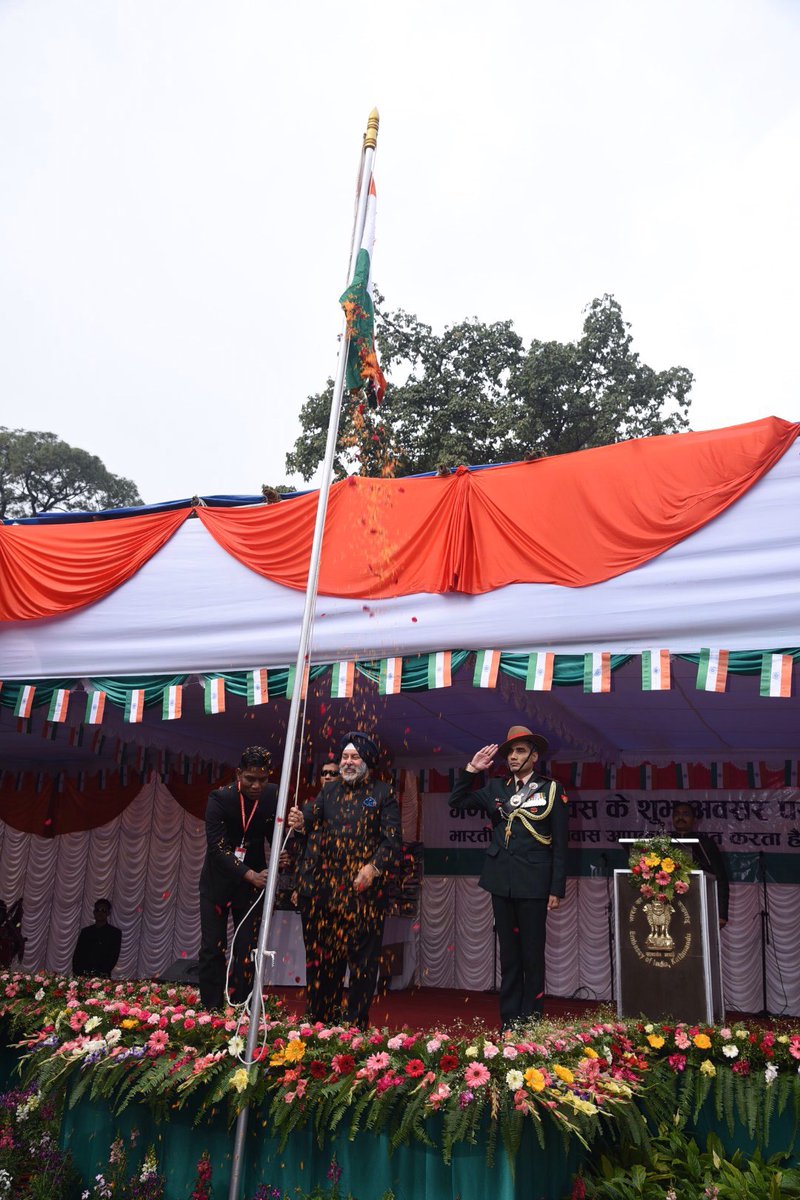 The event was attended by more than 1000 dignitaries, including senior political leaders & public personalities.

Earlier, the Embassy of India, Kathmandu celebrated the 70th Republic Day of India on 26 January 2019. Ambassador of India to Nepal Manjeev Singh Puri hoisted the national flag and read out the President of India’s message on the occasion. 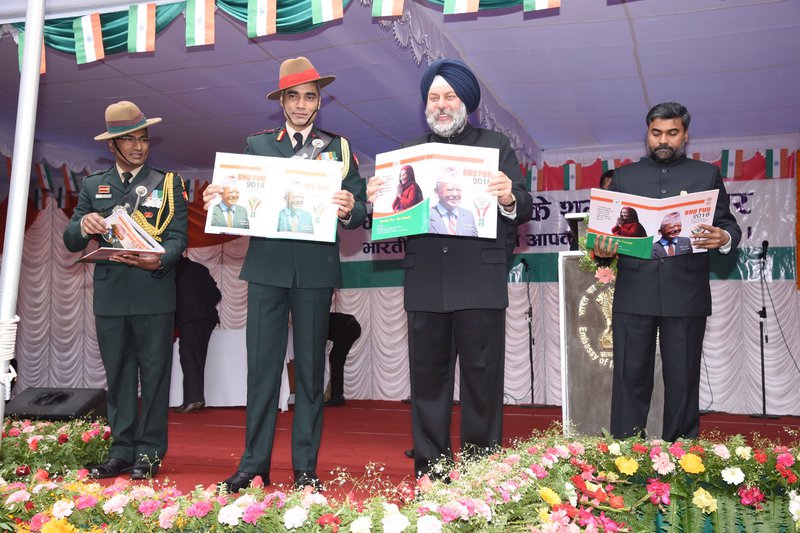 The Flag hoisting ceremony was attended by over 1500 Indians and friends of India. The students of the Kendriya Vidyalaya, the Modern Indian School and the Swami Vivekananda Culture Centre, Kathmandu sung patriotic songs followed by a scintillating performance by the Nepal Army Band. 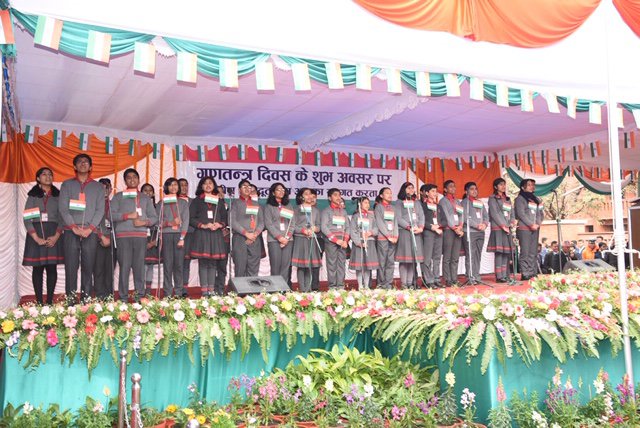 On the occasion, the Ambassador honored 02 Veer Nari, 09 widows and 03 next of kins of deceased soldiers of Indian Armed Forces by distributing their dues worth NPR 7. 26 Crore and a blanket to each. Reiterating its commitment towards helping the Bhu Pu, the Embassy unveiled the Bhu Puu-2018 magazine covering the welfare initiatives of the Government of India for ex-servicemen domiciled in Nepal.

On the occasion, the Ambassador presented keys of 30 ambulances and 06 buses to various hospitals, non-profit organizations and educational institutions of different districts of Nepal. 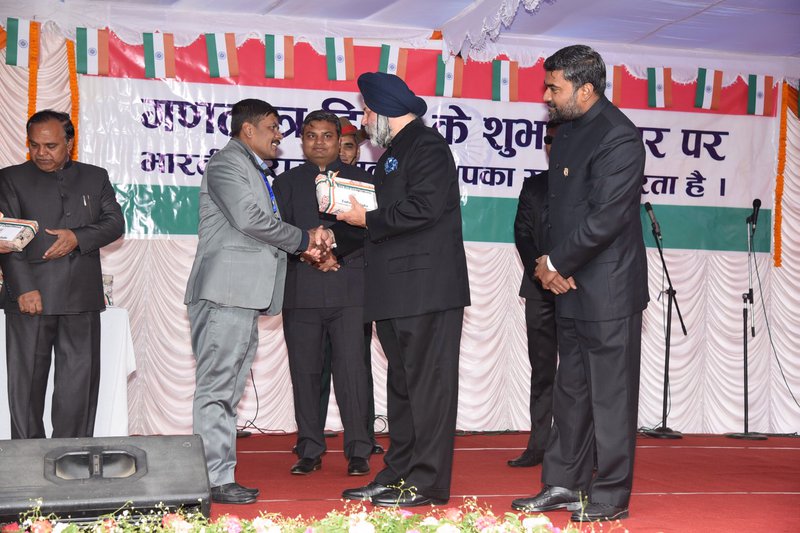 According to a press release issued by Embassy of India Kathmandu since 1994, the Government of India has gifted 722 ambulances and 142 buses to various organizations across Nepal to expand access to healthcare and educational services in Nepal. The Embassy also announced book grant to 54 educational institutions and libraries across Nepal to promote access to educational material to students in remote areas. 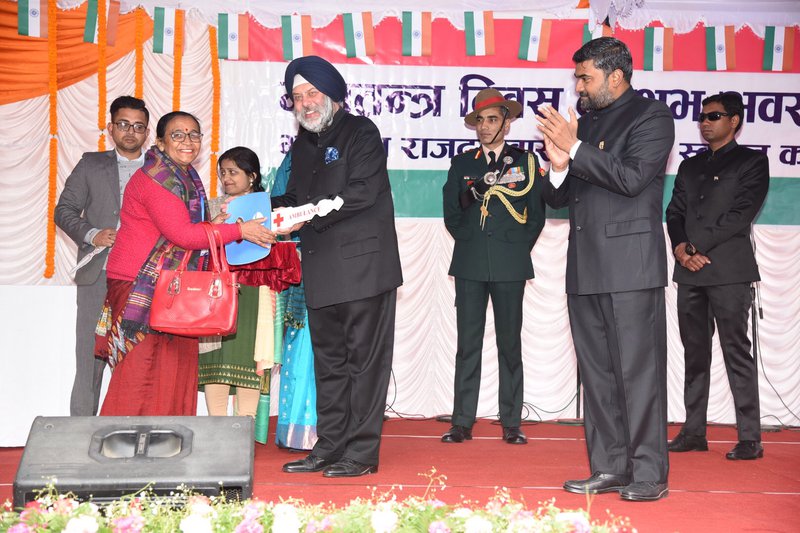 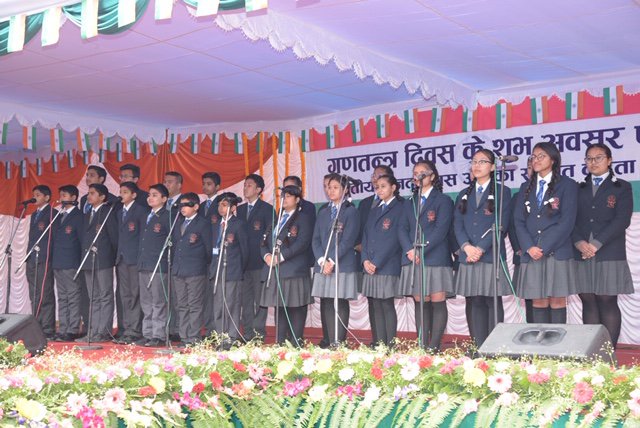 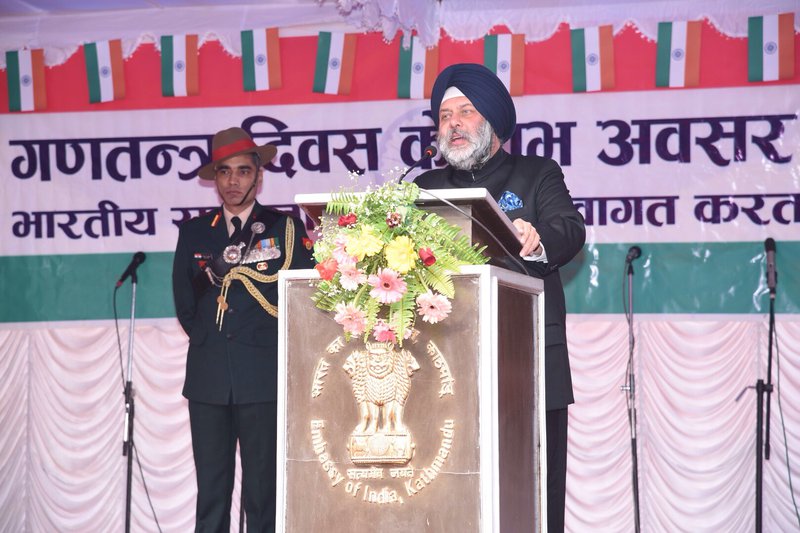 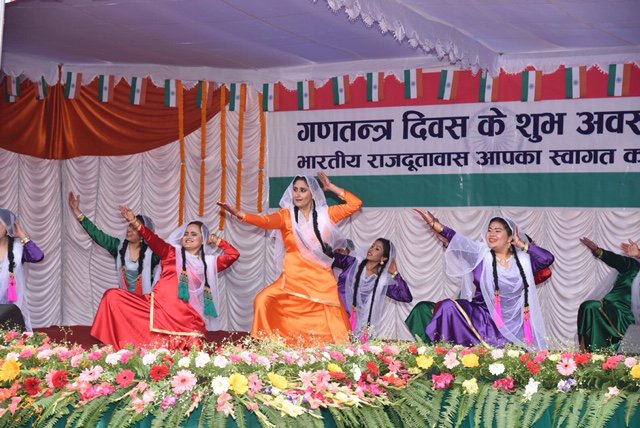 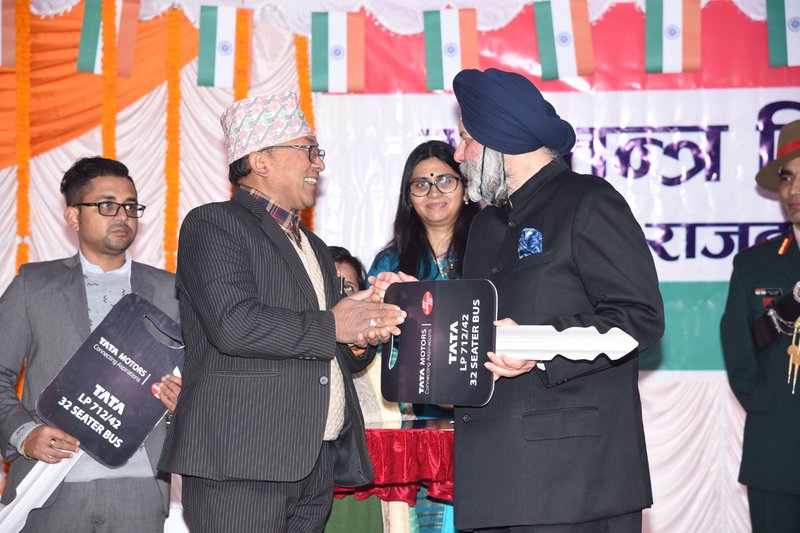