If the government’s mishandling continues with the Italian contractor, Nepal will pay a high price 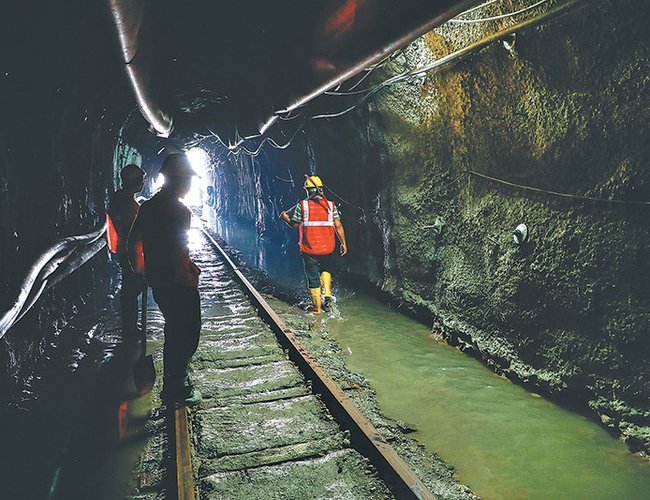 Melamchi Water Supply Project has shown an example of how government mishandling can ruin a project at the final stage of completion. This is exactly what is happening to Melamchi Project.

Starting construction almost 15 years ago, with disputes on one after another issue, the flagship project only took pace of construction following the contract handed over to Co-operative Muratori e Cementisti (CMC) di Ravenna.

After awarding the contract, CMC completed a 28-kilometer-long tunnel, even after a major earthquake, to divert the water of Melamchi River to Kathmandu Valley. However, the situation started to worsen after Prachanda’s daughter-in-law Bina Magar took charge of the ministry and Gajendra Thakur as secretary.

When Minister and Secretary’s interests melt, nobody needs to write what will happen to a mega project with a huge budget. Minister and secretary’s unnecessary involvement in preventing the international staff of CMC to leave the country on the eve of Christmas and New Year has already damaged Nepal’s image globally as a pariah and insecure state.

If Nepal failed to negotiate with CMC and cancelled the agreement, CMC will go to international arbitration court and even demand the compensation for putting its staff in unsafe situation.

However, the officials are pressing their own agenda to push the project and country to a long term trouble and completely damage the image abroad. “We will soon send the notice of ‘termination letter’ to the CMC office in Italy,” said Gajendra Kumar Thakur, secretary at the Ministry of Water Supply.

In the meantime, the meeting of the Water Supply Development Board on 19 January reportedly concluded about terminating the contract with the Italian contractor and publish a ‘termination letter’ giving CMC one final chance to resume work of the water project.

“As per the contract that the government has signed with CMC, the government must send a ‘termination letter’ notice to contractor giving it a 14-day ultimatum to resume the project work. In case CMC fails to resume construction work of the project within the stipulated two-week time, the contract will be terminated automatically, as per the legal provision,” The Himalayan Times reported.

Although the government argues that they are compelled to scrap the decision due to failure of the officials to return to complete the project, CMC is reportedly making the issue of Nepal’s mishandling of its staff a major point of contention, showing personal safety of its international staff in Nepal.

CMC is reportedly saying that they will not return to work unless the government guarantees safety of staff. They are citing the incident of last time when officials were allowed to leave Nepal after intervention from Italian Embassy in India,

Surya Kandel, executive director of Melamchi Water Supply Development Board, said that the government cannot ‘legally’ terminate the contract with CMC before February 10 (the project contract period of CMC) as the dispute resolution committee of the water project had earlier made a decision that the government cannot scrap the contract with CMC till that time, The Himalayan Times reports.

Although scrapping the contract with CMC will delay the construction of the Melamchi Project for an uncertain period with escalation of price, secretary Thakur seems to be committed to scrap the contract at any cost.

Locusts Reached To 26 Districts In Nepal, Destroyed The Crops By NEW SPOTLIGHT ONLINE 4 days, 3 hours ago