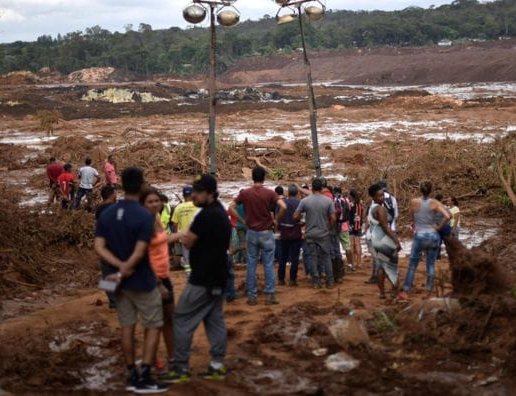 At least 34 people have been killed and about 300 others remain missing after a dam collapsed at an iron ore mine in south-eastern Brazil, officials say.

Rescue teams have been scouring the site near the town of Brumadinho, following Friday's collapse.

It is not clear what caused the failure of the dam, owned by Vale, Brazil's largest mining company.

Vale has had 6bn reais ($1.6bn; £1.2bn) frozen from its accounts to help fund recovery works and handle damages.

The rupture of the dam caused a sea of muddy sludge to bury the site's cafeteria, where workers were eating lunch on Friday. 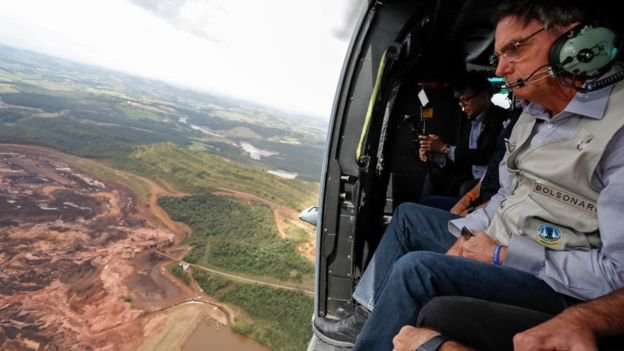 On Saturday, emergency services used helicopters and earth-moving machinery in the search for survivors.

Some 50 people were rescued from the sludge and 23 people were taken to hospital, but Minas Gerais state governor Romeu Zema said the chances of finding more survivors were slim.

"We're likely to just be recovering bodies," he said, adding that "those involved in this tragedy should be punished".

Relatives of the missing have been demanding information on their loved ones.

"My five-year-old nephew is asking me if his dad died. What do I tell him?" asked Olivia Rios.

President Jair Bolsonaro, who flew over the disaster area in a helicopter on Saturday, tweeted that it was hard not to get "emotional" after seeing the scale of the devastation. 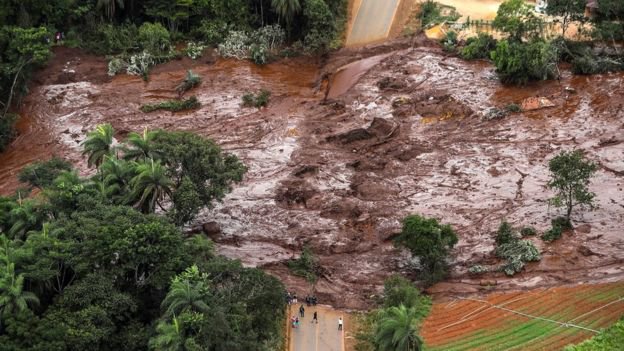 He said he had accepted an offer by Israel to send search equipment that could find people buried in the mud.

Authorities co-ordinating the rescue effort urged volunteers to stay away because of the dangerous conditions, while media organisations were asked not to use drones in order to avoid collisions with helicopters.

The collapse comes just over three years since a dam burst in Mariana, also in Minas Gerais, killing 19 people, in what was considered Brazil's worst environmental disaster.

he dam near Feijão iron ore mine burst its barrier at around 13:00 local time (15:00 GMT) on Friday, flooding another dam down below.

The torrent of sludge cut through the dam's complex, nearby farms and the neighbourhood where many of the workers live, destroying houses and vehicles. 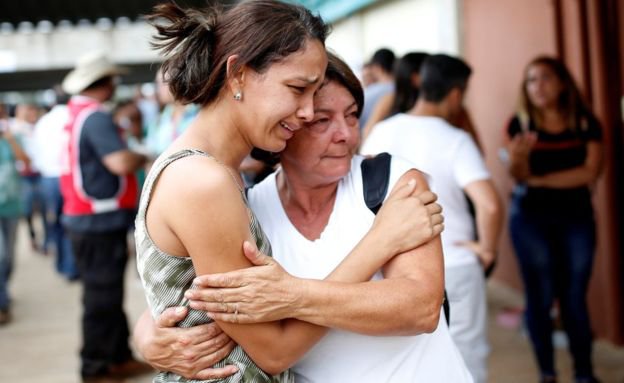 There are reports that the dam's alarm system - which local residents had been trained to respond to - failed at the time of the accident.

But Vale president Fabio Schvartsman said the accident may have occurred too quickly for a siren which triggers security protocols to be activated.

Dozens of trapped people, many of them covered in mud, had to be evacuated by helicopter as roads were destroyed.