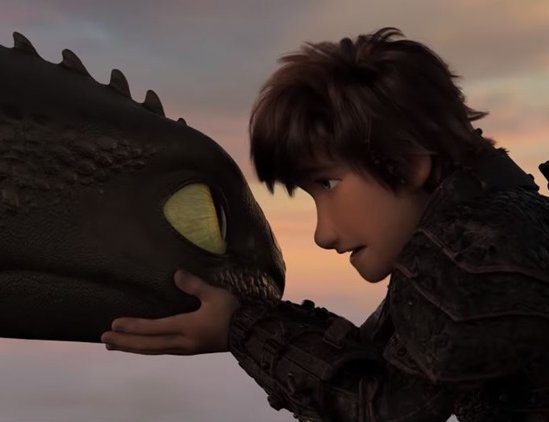 The Hidden World, the third and final installment in DreamWorks’ highly popular fantasy animated film trilogy, How to Train Your Dragon, has received a 100% rating at review aggregation site Rotten Tomatoes. So far all 19 critical reviews of the film collected by the site are positive.

How to Train Your Dragon: The Hidden World continues the adventures of Hiccup and his dragon Toothless. The village kingdom Berk they live in is now a utopia where former foes humans and dragons live together as friends. When a dark new threat arises, it is up to Hiccup and Toothless to save everyone. Oh, and Toothless gets a girlfriend.

Variety’s Peter Debruge writes, “”How to Train Your Dragon: The Hidden World” packs the emotional heft of the dozen or so years it has taken to get this far, tracking the loss of one parent, the discovery of another, and several momentous lessons in bravery and loyalty along the way.”

According to The Hollywood Reporter’s Michael Rechtshaffen, fans will have a hard time bidding the trilogy good bye. He writes, “All told, by the time How to Train Your Dragon: The Hidden World nears the end of its Harry Potter-esque closing trajectory, in which Hiccup must learn how to let go, the bittersweet result will have audiences finding it equally hard to say goodbye.”

The official synopsis of the film reads, “Now chief and ruler of Berk alongside Astrid, Hiccup has created a gloriously chaotic dragon utopia. When the sudden appearance of female Light Fury coincides with the darkest threat their village has ever faced, Hiccup and Toothless must leave the only home they’ve known and journey to a hidden world thought only to exist in myth.

It continues, “As their true destines are revealed, dragon and rider will fight together-to the very ends of the Earth-to protect everything they’ve grown to treasure.”