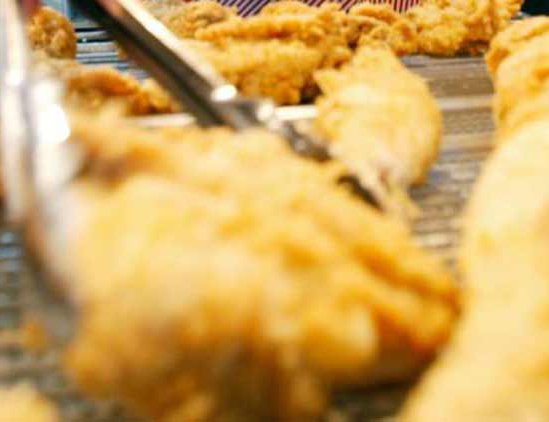 According to a new study done in postmenopausal women, a regular serving of fried chicken or fish is associated with a 13 percent higher risk of death in comparison with women who did not eat any fried food.

The study published in the medical journal, BMJ, describes frying as a “complex cooking process that modifies the composition of foods and the frying medium through oxidation, polymerization, and hydrogenation”.

“During frying, foods can lose water and absorb fat, and the frying oils deteriorate, especially when reused. Moreover, frying makes food crunchy and more appetizing, which can lead to excess intake,” it said.

In a first of its kind study to look into the relationships between fried food consumption and mortality, it was concluded that women eating a daily portion of fried fish or shellfish saw a 7 per cent greater risk of dying. The researchers have highlighted that limiting the consumption of fried foods, in particular, fried chicken and fish could be good for health. “We know fried food consumption is something very common in the United States and also around the world. Unfortunately, we know very little about long-term health effect of fried food consumption,” explained the study’s lead author, Wei Bao, an assistant professor of epidemiology at the University of Iowa.

For the purpose of the study, Bao’s team looked at the food habits of almost 107,000 women between the ages of 50 and 79 from 1993 to 1998 and continued to observe their intake for an average of 18 years. The women, upon enrollment, had to fill a food frequency questionnaire about consumption and portion size of 122 food items, including fried chicken and fish, as well as french fries, tortillas and tacos. Other factors related to mortality, such as education level, income, total energy consumption and overall diet quality, were taken into account in the team’s calculations.

“Women with higher total fried food consumption were more likely to consume calories from dietary total fat rather than carbohydrate or total protein. They tended to consume fewer vegetables, fruits, and whole grains, and more sugar-sweetened beverages, nuts and legumes, red and processed meat, trans fat, polyunsaturated fatty acid, and sodium. There was a moderate correlation between two of the three fried food items: fried chicken and fried fish/shellfish,” the study said.