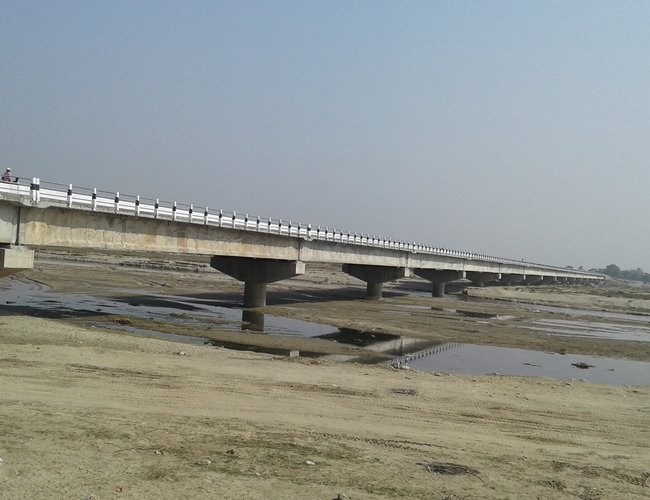 Prime Minister KP Sharma Oli to inaugurate Mechi Bridge in Bhadrapur today. He arrived Bhadrapur for this purpose. During his stay in his home district, he will also inaugurate numbers of programs including children conference and night flight in Bhadrapur Airport.

A year has passed since the construction of much-awaited Mechi Bridge that connects Bhadrapur with India’s Bihar and Bengal states was completed. It took almost a year to come into operation.

According to the report, Postal Highway Construction Project had constructed a bridge over the Mechi River last year. However, it was delayed because the roads connecting the bridge on both Nepali and Indian sides have not been constructed.

It took almost seventy years to see the bridge operational at Mechi River.

According to Postal Highway Project, 1,300-meter road has to be built to connect bridge with postal highway’s departure point Jhapachowk on the Nepali side.

Although the road is connected, the track has not been opened to connect with the bridge in India side. Eastern side of the bridge is on the Nepali side while the western side touches both Bihar and Bengal.