This Is A Very Special Year for France and Nepal: French Ambassador 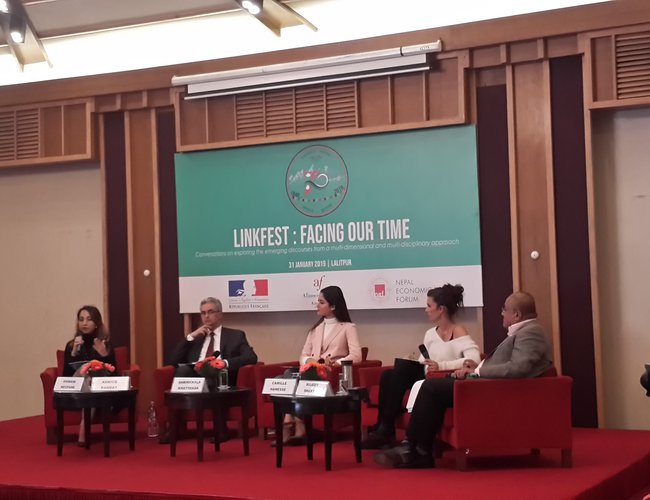 French ambassador to Nepal François – Xavier Leger said this year 2019 is a very special year because we are celebrating 70 years of diplomatic relation between Nepal and France. Addressing the debate on facing our Time, he said that the embassy will be organizing a series of events all along the year.

Jointly organized by French Embassy in Nepal, Nepal Economic Forum and the Alliance Française jointly organize a debate on “Facing our Time,” four panelists with their own personal influences and experiences have expressed the confident that Nepal will move for betterment.

In a series of debates designed to stimulate thinking and get the ideas and knowledge flowing, the French Embassy, Nepal Economic Forum and the Alliance Française came together again for the 5th debate which focused on “Facing our Time”. The conversations explored the emerging discourses from a multi-dimensional and multi-disciplinary approach.

Moderated by moderated by Sujeev Shakya, Chairperson of Nepal Economic Forum, various questions posed questions from the floor regarding Nepal’s current problems and propects for the future.

Nepal has enormous opportunities to grow but enormous challenges ahead as well. This is what four panelists taking part in a discussion program draw the conclusion. Each penalist has different views on how to address challenges.

Addressing the debate Panday stressed on the issue of climate change as the major issue of our time. He talked about how the narrative of climate change has been clearer with recent assessments. Arnico marked that with accelerating activities and consumerism, we have limited time to stabilize the climate. “Therefore, a major switch is needed in our energy consumption and behavior pattern, which can be a major business opportunity for emerging ventures,” said Panday, an Atmospheric Scientist and Currently, he is Regional Programme Manager of ICIMOD’s Atmosphere Program.

Neupane, who a Journalist, Entrepreneur and Novelist from Nepal. She also works full time as a Director of Ambe Group Nepal and currently heads the Conglomerate’s instant noodle division, said while reflecting upon the times where social media perpetuates hopelessness underscored that this culture of hopelessness is what promotes the trend of migration in the country. She noted that Nepal needs to be seen as a rich and booming economy and rather than seeing as a country of despair. Regarding the environment of entrepreneurship in Nepal, Neupane marked that incubation and innovation should be backed by government policies.

Khatiwada, is a goodwill Ambassador for the 70th anniversary of the establishment of diplomatic relation between Nepal and France and Miss Nepal World 2018, cited upon the merits as well as the demerits of social media. Khatiwada reflected on how the media has the power to influence a society and noted that in today’s era where viral news gain more popularity than important government policies, it is important to raise awareness to create optimism regarding the growth of the country and also raise hope in people. 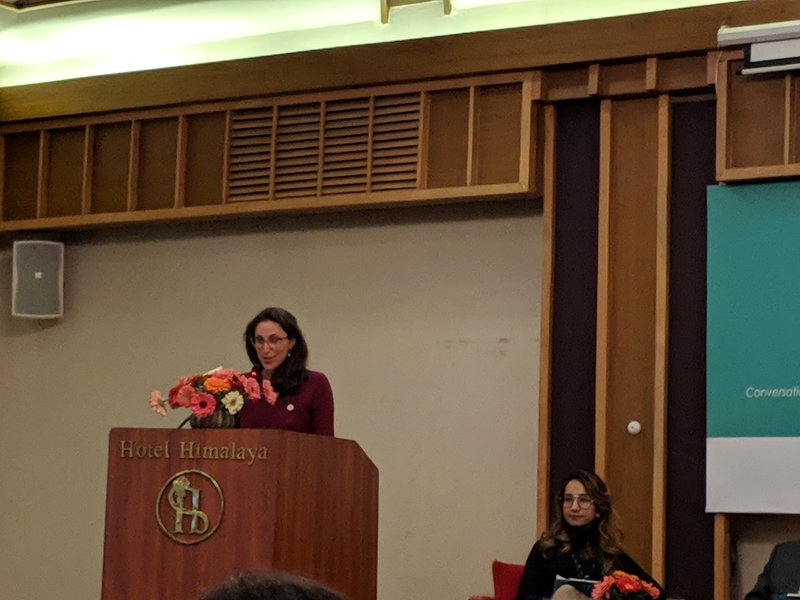 Pauline-Vengeon, Director , Alliance Francaise Kathmandu delivered the vote of thanks.

XcelTrip Reaches Out To Hotel Industry In The Hour Crisis By NEW SPOTLIGHT ONLINE 14 hours, 24 minutes ago