Devastating Quakes Are Priming The Himalaya For A Mega-disaster

Of the 15 segments analyzed, 7 could produce earthquakes of at least magnitude 8.4 if their energy was released today. 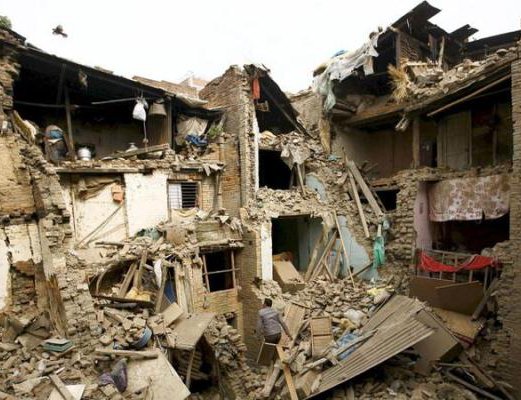 The sun poked through small breaks in Nepal's overcast skies on the brisk spring morning of April 25, 2015. The day started like any other, but at 11:56 a.m. local time, it turned deadly.

A powerful 7.8-magnitude earthquake gripped the region, sending residents scattering as buildings swayed and crumbled with the ground's convulsions. Numerous landslides careened down the rugged terrain—and a deadly avalanche swept down Mount Everest.

The human toll was staggering. The events killed nearly 9,000 people and injured thousands more. The Gorkha earthquake, as it came to be called, left nearby towns and cities in ruins, destroying more than 600,000 houses. Nearly four years out, with billions of dollars already spent, recovery is ongoing.

But a number of studies since then have raised a concerning point: The earthquake likely wasn't the worst the region has in store.

Picture of the oldest temple complex after it was damaged in the 2015 Nepal earthquake.

Rubble surrounds one of the oldest temple complexes after the devastating 2015 earthquake in Kathmandu, Nepal. The disaster killed nearly 9,000 and destroyed more than 600,000 houses.

PA study published January 3 in Nature Communications provides new evidence that, rather than releasing seismic tensions in the crust, the 2015 quake likely loaded the surrounding region for an even more destructive mega-earthquake, which could clock in at magnitudes of 8.5 or higher. The study’s numerical simulations probe the conditions behind how and why moderate earthquakes trigger massive ones, helping scientists understand the accumulation of stress along faults.

“This result has disconcerting implications for the seismic risk of the Indo-Gangetic plain that extends to the north of the Indian peninsula and is populated by over 400 million people,” geophysicist Luca Dal Zilio, the lead author of the study, says via email.

It's impossible to say exactly when this megaquake will actually happen, whether years, decades, or centuries from now. But understanding the risks to the region is vital for getting protections in place for the many populations nestled atop this restless geologic giant.

Nepal is no stranger to earthquakes. The Himalaya are among the most seismically active regions in the world, the result of an ongoing collision between two continental plates: the Indian and the Eurasian.

The Indian plate continually marches northward a few centimeters each year, shoving its way under the Tibetan plateau in fits and starts. Each jerky advance causes earthquakes of varying intensity. Think of it like shooting a rubber band, explains Rebecca Bendick, a geophysicist at the University of Montana who was not involved in the new study. Tension in the crust builds like stretching the band back. At some point, you have to release it, turning all the stored potential energy into kinetic energy as the projectile flies through the air. That's essentially an earthquake.

In the Himalaya, this release or geologic shift usually occurs along the boundary between the two plates—what's known as the Main Himalayan Thrust. And it can have visible effects on the surface, elevating the landscape feet at a time.

Earthquakes in the Himalaya, however, present a curious puzzle: “When you look at the historical seismicity, it looks like you don't have enough earthquakes to balance the energy that is accumulating because of this loading,” says Caltech's Jean-Philippe Avouac, coauthor of the new study.

“It has to be released at some point,” he says. “So the question is: How is it released?”

Tension could gradually release along the fault through seismic processes, "like Play-Doh deforming slowly," he says. But past GPS work suggests that slow release can't account for all the energy building in the Himalaya.

To puzzle through the quake connections, the team turned to numerical models. “We found that in the Himalaya, there's kind of a super-cycle,” Dal Zilio says. That is, the moderate earthquakes release some tension locally, but they actually increase the strain in the surrounding regions. Each moderate quake therefore builds up energy, eventually leading to a megaquake that cracks through to the surface once every 500 or 600 years, finally relaxing the region's built-up strain.

This pattern matches historical observations, Dal Zilio explains. And the 2015 Nepal earthquake, though devastating, is an example of one of the more moderate earthquakes in the building phase of the cycle.

The model also emphasizes the importance of the fault's twists and turns in driving this cycle, Avouac explains. There’s thought to be an underground kink in the fault, which seems to affect where subsurface strain collects. When modeled without this kink, the super-cycle doesn't happen. But when you throw in the bend, the split of large and moderate quakes “emerges naturally,” he says.

Along with past work, the new study presents a convincing case for the seismic dangers of the region.

“This is one of those nice moments when all of the historical data, our basic understanding of how earthquakes work, and the numerical simulation all come together to give more or less the same answer,” Bendick says.

Bendick was a coauthor on a 2017 study in Quaternary International that approached the question from a historical perspective. Her team’s results painted a similarly concerning picture. Only two Himalayan earthquakes in the past 500 years have definitely ruptured to the surface, one in 1934 and another in 1950, explains Roger Bilham, lead author of the 2017 study.

“What that means is, there's a whole bunch of regions that I call ‘reservoirs of elastic energy’ that are sitting there waiting to go,” he says. Importantly, the faults can't just spontaneously release the tensions. They seem to require a big quake to rupture through the reservoir, which can supercharge the temblor.

“Think of them as sort of a fuel pump,” Bilham says.

“The earthquake threat in the Himalaya is gigantic. It’s just extraordinary."

And there are a lot of these reservoirs. In a separate study, Bilham and his colleagues calculated the stored energy through the Himalaya based on historical quakes and the rates of tectonic plate collision. Of the 15 segments analyzed, 7 could produce earthquakes of at least magnitude 8.4 if their energy was released today.

Of course, it's extremely unlikely the reservoirs would all trigger at once, and earthquakes large enough to trigger any releases are rare. But it is plausible that two regions could let go in tandem, creating an even bigger quake. The results of that work are slated to be published in the coming weeks in a Geological Society Special Publication on Himalayan tectonics.

“The earthquake threat in the Himalaya is gigantic,” Bilham says. “It's just extraordinary.”

“The thing is, neither us or them are able to tell you what is going to happen next,” Bilham says. He emphasizes caution in interpreting any results about future earthquakes: “They could all occur next week, or a single [magnitude] 8.7 earthquake could occur tomorrow, or they may be delayed by another five centuries.”

What's more, the new model still needs refining before it can be used in true hazard estimates, Avouac notes. It currently only models the system in two dimensions, which ignores some of the complex differences from one side of the Himalaya to the other. The team hopes to eventually extend the model in three dimensions, perhaps even using it to calculate the probability of these big events in various parts of the range.

Such efforts could help direct preparedness actions—a key for cash-strapped regions that must make difficult decisions about where to allocate funds. Himalayan populations remain intensely vulnerable to seismic events. One 2018 study estimated that if a magnitude 8.7 earthquake similar to the historic quake that rocked the central Himalaya in 1505 struck during modern times, it would kill nearly 600,000 people and injure more than a million.

For now, however, these studies all serve as a call to action.

“The task at hand is to keep putting out the message that the [2015] Gorkha event was not the great earthquake that would relax all the strain in the Nepal Himalaya,” Bendick says. “There's every reason to plan ahead for a larger event in our lifetime—and any steps taken to mitigate the impacts of that will definitely save lives and save money.”

Maya Wei-Haas is a science staff writer for National Geographic

IUDP A Game Changer By Keshab Poudel 3 months, 3 weeks ago 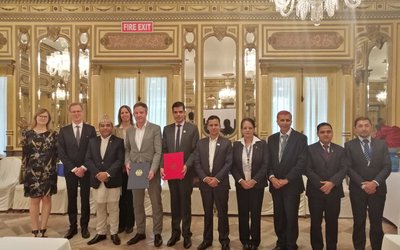 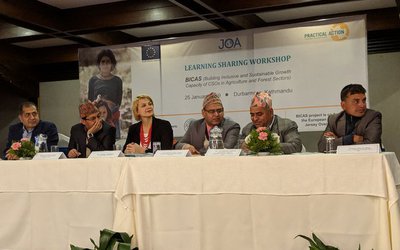 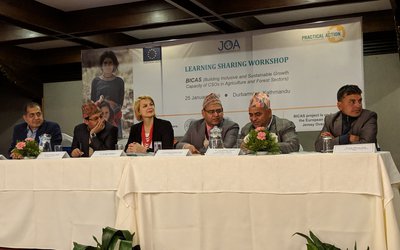