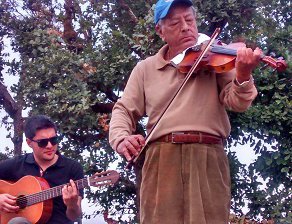 Former ambassador to the United Kingdom Dr. Singha Bahadur Basnyat passed away peacefully yesterday at the age of 72. Husband of former Princes Jyotshana Basnyat, he was suffering from lung cancer for the last three years.

A veteran sports person, national badminton champion and tennis player, he was an icon of Nepalese sports. Dr Basnyat, who completed his Ph.D in international relations, was a career diplomat. Dr. Basnyat as well as his wife Princess Jyotshana Shaha were known for their skills in tennis.

In 1974, Dr. Basnyat married Princess Jyotshana. They have three children. From 1980 to 1984, he was the ambassador to Egypt, and from 1997 to 2003, he served as Nepalese ambassador to the United Kingdom. Also he was the chairman of Jayanti Memorial Trust.

Dr. Basnyat along with Princess Jyotshana worked tirelessly to promote Nepalese culture internationally. Ambassador Basnyat promoted the performance of Nepalese artists, for example at the Millennium Dome in London in May 2000.

Soft spoken and genteel, late Basnyat was a very good lyricist and violinist. He was very popular among diplomats in Kathmandu. Born in Basnyat Family of Dilli Bazar, he married Princess Jyosthana Shah.

He completed his Masters in international law from Colombia University and M.Phil and Ph.D from George Washington University.

After the tragedy, late Basnyat and Princess Jyotshana turned to music for solace. They released a CD, In Memoriam Samjhanama Shrutika Lahar, they compiled the classics of Madhav Prasad Ghimire, Chandani Shah and Laxmi Prasad Devkota with British pianist Alisdair Campbell and arrangements by guitarist Anil Shai.

Princess Jyotshana lent her voice, and her children- Sharada, Vivek and Suvash, also collaborated in this tribute. The proceeds of the CD went to Jayanti Memorial Trust, a trust established for cardiac patients in memory of Princess Jyotshana's deceased sister.

“A multi-disciplined diplomat with enough taste of music and songs and a sportsman par excellence, Dr Basnyat with his popular name of Shanta so befitting his own temperament and behavior of listening more and speaking less in tune with attributes of a good diplomat, we are the ones to greatly mourn and lose such a wonderful senior colleague, guide and mentor. As is said, every successful man has a woman by his side to support and sustain, Dr. Basnyat was very fortunate to have the most affectionate Princess as his best half. We extend heartfelt condolences to the esteemed Princess and all members of the family and wish the departed soul peace (Shanta) in heaven,” wrote former foreign secretary and an eminent intellectual Madan Bhattarai expressing his condolence on Facebook.