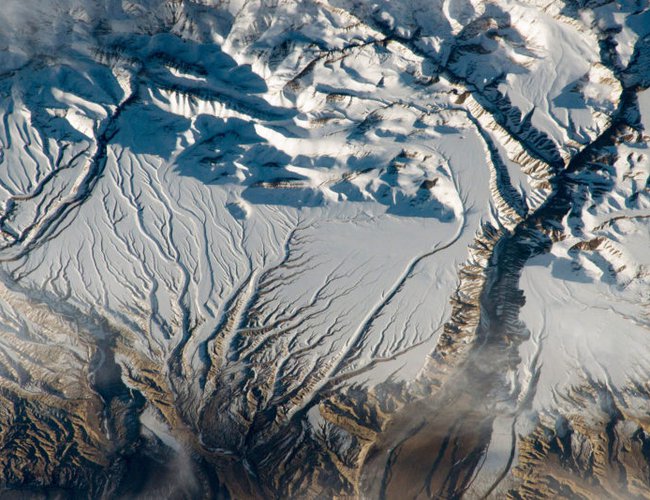 One-third of the ice in the Himalayas and Hindu Kush mountains will be lost due to rising temperatures by the end of the century, even if nations take aggressive measures to decrease greenhouse gas emissions, according to a landmark new report by more than 200 scientists.

The Hindu Kush/Himalaya region, along with the Tibetan Plateau, are often referred to as the world’s “Third Pole” behind Antarctica and the Arctic. These glaciated regions are a major source of water for nearly 2 billion people, with rivers that originate in the mountains supplying drinking water and supporting agriculture in India, Pakistan, Afghanistan, and China.

“This is the climate crisis you haven’t heard of,” Philippus Wester, a water and climate scientist at the International Center for Integrated Mountain Development (ICIMOD), said in a statement. “Global warming is on track to transform the frigid, glacier-covered mountain peaks of the [Hindu Kush/Himalaya] cutting across eight countries to bare rocks in a little less than a century.”

The scientists found that if nations drastically cut greenhouse gas emissions and keep global warming to 1.5 degrees Celsius (2.7 degrees F), the Hindu Kush/Himalaya range will lose one-third of its ice by 2100. A temperature rise of 2 degrees C (3.6 degrees F) would lead to 50 percent of the ice being lost and global temperature increases of 4 to 5 degrees C rise (7 to 9 degrees F) would melt two-thirds of the region’s glaciers, the report said. The region has already lost 15 percent of its ice since the 1970s.

As the ice melts, river flows will increase up to 2060, resulting in frequent flooding events, the report said. After 2060, river flows will decline, reducing drinking water supplies, hydroelectric capacity, and crop irrigation.

The 600-page report was requested by the eight nations included in the Hindu Kush/Himalaya range, which runs nearly 2,200 miles from Afghanistan to Myanmar. It was worked on by 210 scientists over a five-year period, and reviewed by another 125 researchers.

Caption of Photo: Snow and ice in the Himalayas, near the China–India border. NASA JOHNSON

XcelTrip Reaches Out To Hotel Industry In The Hour Crisis By NEW SPOTLIGHT ONLINE 14 hours, 50 minutes ago

Visitors From Nepal To go Through Universal Screening In Indian Airports By NEW SPOTLIGHT ONLINE 2 days, 7 hours ago