Chris Gayle To Retire From Odis After ICC World Cup 2019

Chris Gayle To Retire From Odis After ICC World Cup 2019 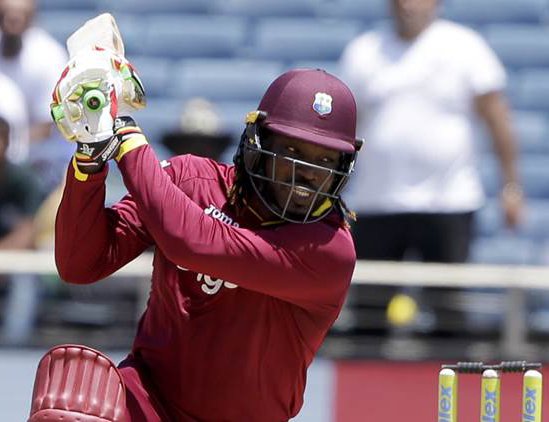 The announcement came just a day after the left-handed batsman was recalled for the upcoming one-day series against England. Gayle last appeared for the West Indies’ ODI side in July 2018 against Bangladesh, having missed tours to India and Bangladesh to play in the Afghanistan Premier League and the T10 League.

Despite his recent form, the explosive batsman remained in West Indies’ plans for the World Cup, which is set to start from May 30, 2019. The 39-year-old is expected to form the opening pair with Evin Lewis.

Gayle, who remains the Windies’ second-leading ODI run scorer, has scored the most centuries (23) by a West Indian in the ODI format. He sits behind legendary Brian Lara on matches played and runs scored and could surpass him by the time the 39-year-old retires. Gayle has played 284 games to Lara’s 299, and scored 9727 runs to Lara’s 10,405.

Gayle is the only Windies player to get a double ton and the first ever to score at a World Cup. He scored 215 runs in 147 balls against Zimbabwe in an ODI in 2015. In the course of that performance, he and Marlon Samuels also broke the record of the highest ODI partnership, putting together 372 runs for the second wicket.