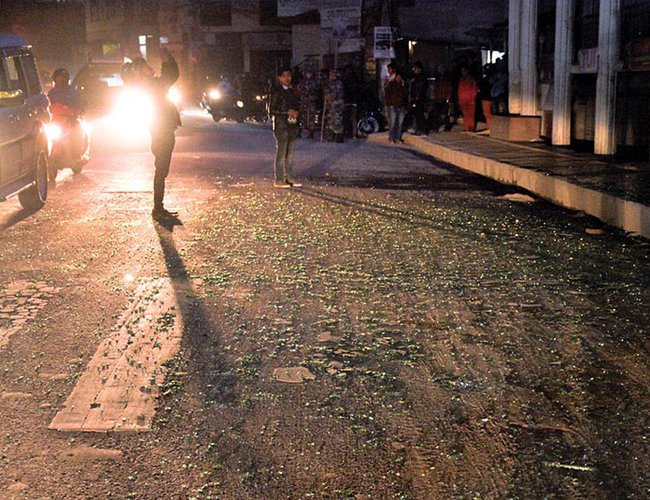 Singha Pratap Gurung who was injured in the IED explosion at the entrance of the Ncell office in Nakkhu, Lalitpur, died in course of treatment, said police.

According to Metropolitan Police Range, Lalitpur, 49-year-old Singha Pratap Gurung breathed his last at the Nepal Mediciti Hospital, at 12:25 am today.

The blast at the entrance of the office of the telecommunications service provider at around 8:00 pm yesterday also left two others — Pratiksha Khadka and Urusha Manandhar— injured.

Police informed that Khadka has suffered injuries on her left rib while Manandhar got glass particles forced into one of her lateral malleolus (ankle joint).