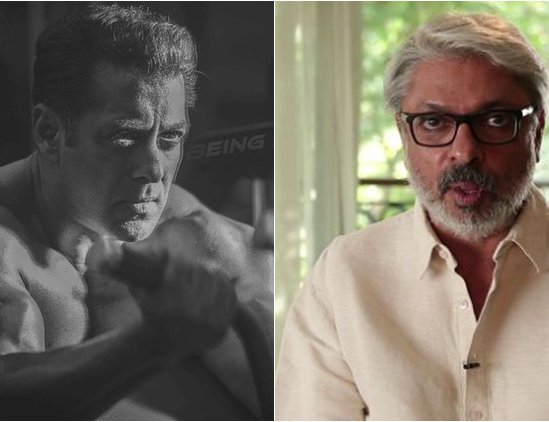 Actor-director duo Salman Khan and Sanjay Leela Bhansali are reuniting for what will be a 2020 release. The movie is said to be a love story and will see the filmmaker join hands with the Bhai of Bollywood after nearly two decades. The two had last worked on 1999’s Hum Dil De Chuke Sanam; Salman had a cameo in the Ranbir Kapoor starrer Saawariya (2007) as well.

A statement by Prerna Singh,CEO of Bhansali Productions, read, “There has always been curiousity when it comes to Sanjay Leela Bhansali’s next film. While the fans celebrated his recent success at the Mirchi Music Awards with Padmaavat sweeping the album of the year and SLB winning the Music Composer of the year, they are also awaiting details on his next. Bringing in his birthday, SLB puts all speculations to rest as he announces his next directorial. The magic of Hum Dil De Chuke Sanam was missed by fans for 19 years and left them waiting for the director-actor to reunite. After Hum Dil De Chuke Sanam, SLB and Salman Khan come together in a love story.”

The filming will begin most likely in September after Salman finishes shooting cop actioner Dabangg 3. While the rest of the cast has not been decided yet, the makers are looking to hire an A-lister as the female lead of the romantic drama. And the music of the film will be scored by Bhansali himself, who had also won accolades for composing the soundtrack of Padmaavat, as per a report in Mumbai Mirror.

Salman Khan and Sanjay Leela Bhansali had first worked together in the director’s debut film Khamoshi: The Musical (1996).

Trade expert Taran Adarsh also tweeted about the same in a post that read, “#BreakingNews: Sanjay Leela Bhansali & Salman Khan reunite after 19 years for a love story… The film is set to go on floors soon.”

On the work front, Salman is currently working on the epic drama Bharat, which also features Katrina Kaif, Sunil Grover, Tabu and Disha Patani in important parts. Bharat is releasing on June 5.

Aishwarya Rai Bachchan And Her Daughter Aaradhya Admited To Hospital By Agencies 3 weeks, 4 days ago