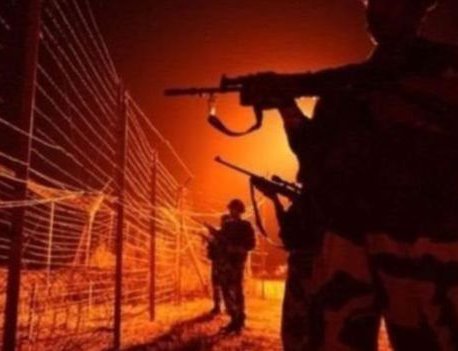 Pakistan says it will respond "at the time and place of its choosing" after India launched strikes against militants in Pakistani territory.

India said it had killed a large number of militants but Pakistan called the claim "reckless".

Tensions between the nuclear-armed neighbours have been high following an attack on Indian troops in Kashmir.

The attack was claimed by a group based in Pakistan, Jaish-e-Mohammad (JeM), and India had vowed to retaliate.

India accuses Pakistan of allowing militant groups to operate on its territory, something Pakistan denies.

Both India and Pakistan claim all of Muslim-majority Kashmir, but control only parts of it. The two have fought three wars and a limited conflict since independence from Britain in 1947 - and all but one were over Kashmir. 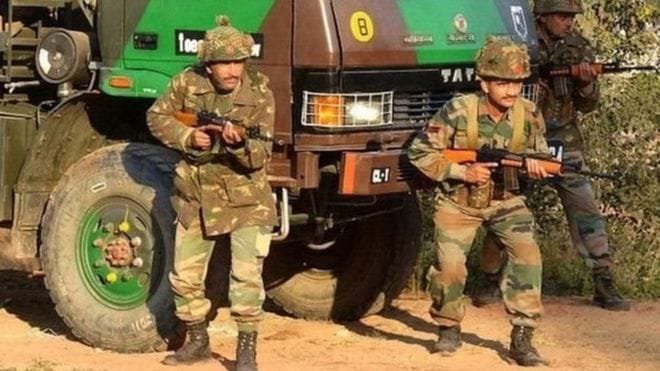 The two sides have given different versions of events. Indian officials said the strikes hit a camp in Balakot, in north-west Pakistan.

Residents in Balakot told the BBC they were woken by loud explosions but there has been no confirmation of casualties.

The Pakistani army denied there were any casualties. It said its jets forced Indian planes to withdraw and drop their "payload" in an sparsely inhabited area.

What has the response been?

Pakistan's Foreign Minister Shah Mahmood Qureshi said India had "resorted to a self-serving, reckless and fictitious claim", pointing to elections due in India in May.

A meeting of Pakistan's National Security Committee, which includes Prime Minister Imran Khan, ended with a warning Pakistan would "respond at the time and place of its choosing".

ndian Prime Minister Narendra Modi did not directly mention the air strikes when he addressed a political rally in Rajasthan on Tuesday but he told crowds: "I understand your enthusiasm and your energy. Today is a day we bow before our heroes."

Amid fears of escalation, the European Union urged "maximum restraint" from both sides, with China making a similar plea.

Japan To Lift State Of Emergency For All Areas By NEW SPOTLIGHT ONLINE 2 days, 6 hours ago