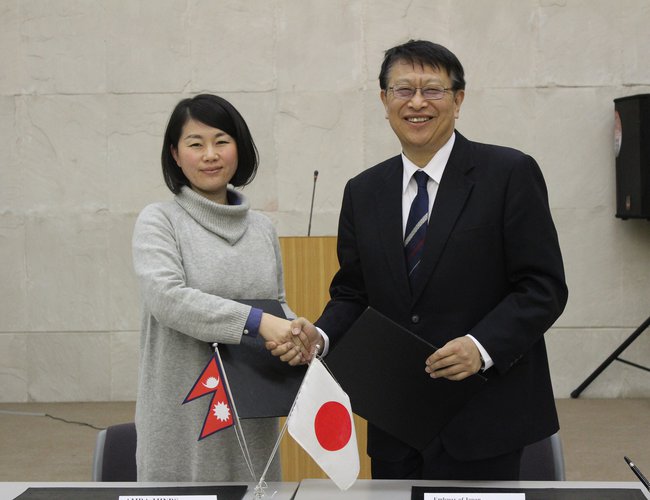 Ambassador of Japan to Nepal Masamichi Saigo signed a grant contract for US$ 168,159 (approximately 1.9 million NRs.) with Maiko Kobayashi, Country Director of AMDA Multisectoral and Integrated Development Services (AMDA-MINDS) for the support of earthquake-affected communities in Kavrepalanchok District through the improvement of agricultural production and marketing.

The support was made under the Grant Assistance for Japanese NGO Projects Scheme for FY 2018, and will be implemented by AMDA-MINDS, an international NGO based in Okayama, Japan. AMDA-MINDS will work with local partner NGO,SAGUN. 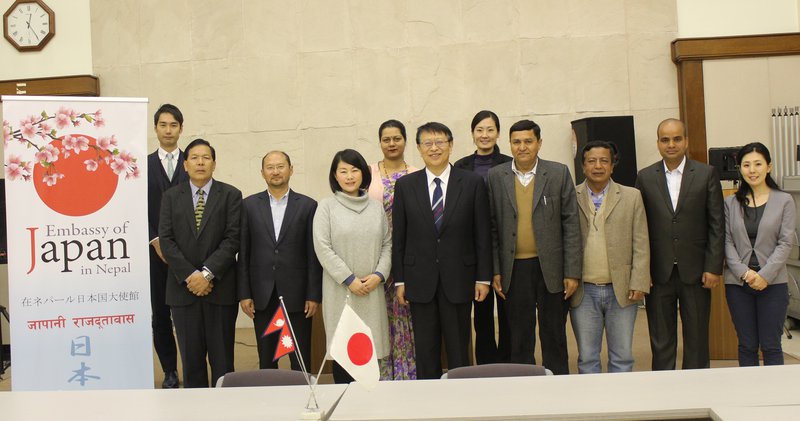 The first and second years of the three-year consecutive project focused on construction/repair of irrigation systems and trainings of local farmers for the utilization of organic and local fertilizers. During the final year, the project aims to strengthen the capacity of agricultural cooperatives and to establish a marketing system to increase income generation. Through the project, AMDA-MINDS plans to increase the number of farmers who obtain income by selling their products from 91 to 300 household.

“The Embassy of Japan in Nepal hopes that the project will improve the earthquake-affected areas, especially Roshi Rural Municipality, by enhancing both the agricultural and marketing capacities of local farmers. The Embassy also hopes that the project will enhance the friendly relationship between the peoples of Japan and Nepal,” said a press release issued by Embassy of Japan.