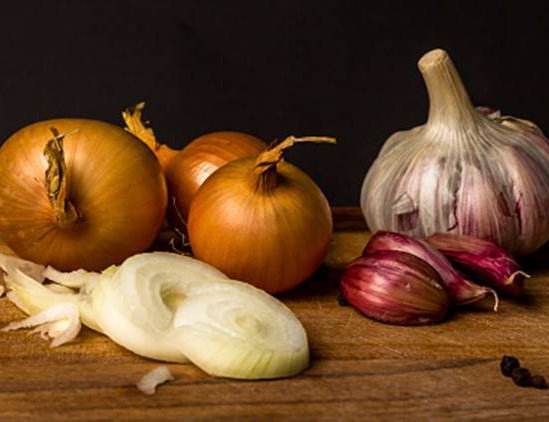 Onions and garlic, known for their intense flavours, are commonly used ingredients in Indian cuisine, and now a recent study has revealed that they might also help protect against cancer.

“Allium vegetables, including garlic, garlic stalks, leek, onion, and spring onion, belong to the most commonly consumed vegetables in the world. Bioactive compounds in allium vegetables, particularly, flavanols and organosulfur compounds, have been shown to provide beneficial effects against carcinogenesis”, the study stated.

Scientists from the First Hospital of China Medical University, who recently published their results in the Asia-Pacific Journal of Clinical Oncology, attempted to understand whether consuming these vegetables in greater quantity might prevent people from developing colorectal cancer (CRC).

Previous studies conducted in this field have already delved into the question of whether or not allium vegetables can reduce bowel cancer risk. Although some studies have shown that it could lessen the risk, others have found either a small interaction or none at all.

As per Medical News, “The authors of the recent study believe that the variation in results is partly due to how data was collected. For instance, some studies combined all allium vegetables into one group for analysis, and others did not include data from some, less common, types of allium vegetable. With this in mind, the researchers designed a study that would more faithfully capture the impact of allium vegetables on colorectal cancer risk.”

For the purpose of the study, the researchers matched 833 individuals who were suffering from colorectal cancer with 833 control participants without it, keeping location, age and sex of the individuals similar. Each participant was interviewed, and their dietary habits were noted down using a validated food frequency questionnaire.

It was found that there was a significant relationship between the level of allium vegetables that an individual consumes and their risk of developing colorectal cancer. On a more specific note, adults who consumed the highest levels of allium vegetables had a 79 per cent lesser risk of developing colorectal cancer than those who consumed the lowest levels.

“It is worth noting that in our research there seems to be a trend: the greater the amount of allium vegetables, the better the protection”, senior author of the study Dr. Zhi Li said.

“The present findings shed light on the primary prevention of CRC through lifestyle intervention, which deserves further in-depth explorations with more large cohort and in-vitro studies in the future”, the study stated.

Six Test Positive In Kotal Area In Kathmandu, The Area Sealed Off For COVID-19 Risk By Agencies 24 minutes ago 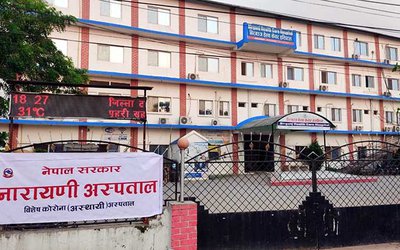