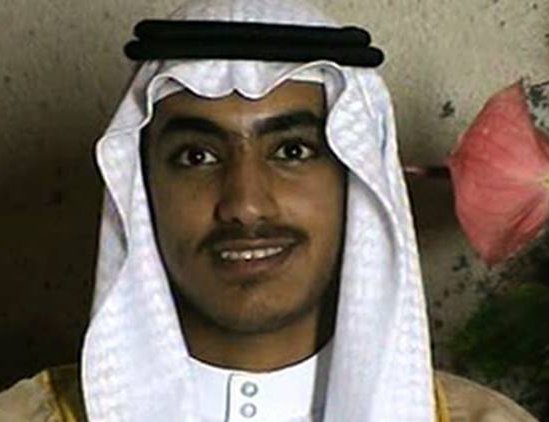 The United States Thursday announced a $1 million reward for tracking down Hamza bin Laden, son of slain al Qaeda leader Osama bin Laden, according to a report in the New York Times. The announcement said that Hamza has emerged as a leader of the al-Qaeda terrorist group. His father was killed in a US military raid in Pakistan in May 2011. Al Qaeda was responsible for the 9/11 terrorist attacks in the US.

The notice says the reward will be paid for help locating Hamza bin Laden in any country as part its “rewards for justice” program. “Hamza bin Laden is the son of deceased former AQ leader Osama bin Laden and is emerging as a leader in the AQ franchise,” AFP quoted a statement by State Department, referring to Al Qaeda.

Hamza was named a “specially designated global terrorist” in January 2017. In 2015, he released audio and video messages calling for attacks against the US and its allies. And in a message a year later, following in the footsteps of his father, he urged the overthrow of the leadership in their native Saudi Arabia. 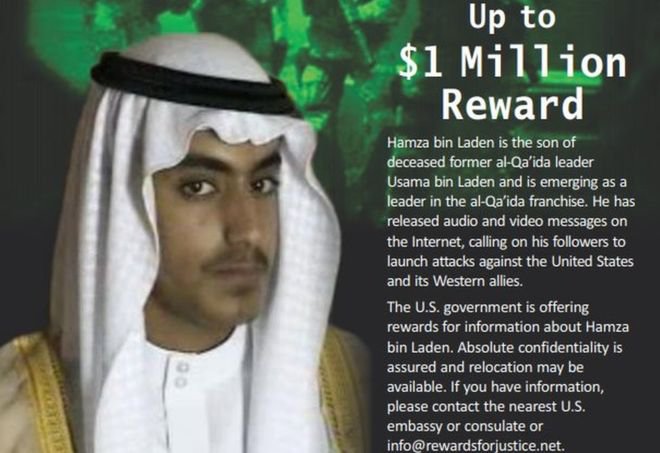 The location of Hamza bin Laden, sometimes dubbed the “crown prince of jihad,” has been the subject of speculation for years with reports of him living in Pakistan, Afghanistan, Syria or under house arrest in Iran.

Hamza, who according to the United States is around 30, has threatened attacks against the United States to avenge the 2011 killing of his father, who was living in hiding in the Pakistani garrison town of Abbottabad, by US special forces, AFP reported.

According to the US intelligence agencies, the younger bin Laden is a successor to his father for the mantle of global jihad, especially as the even more extreme Islamic State group is down to its last sliver of land in Syria.

Osama bin Laden’s three surviving wives and his children were quietly allowed to return to Saudi Arabia after his killing.

Hamza had married the daughter of Mohammed Atta, the leader of the hijackers who carried out the deadly 9/11 terror attacks in the US, according to a media report.