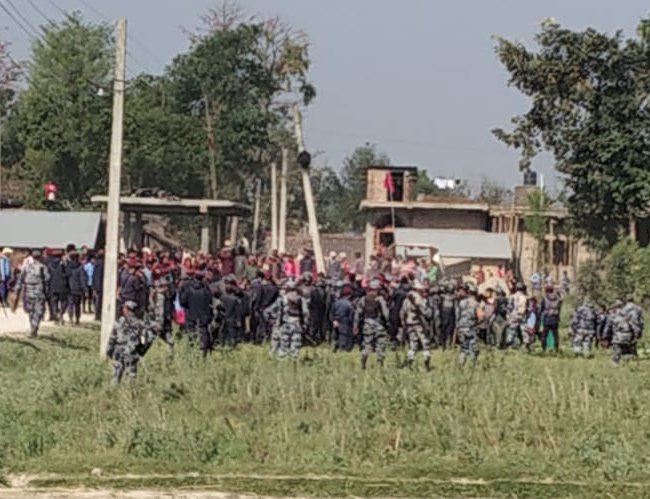 In search operation, Police and Armed Police cordoned the Shivagadhi Anchalpur village of Shiva Raj Municipality of Kapilvastu District. According to police, they recovered 2 pieces of SMG, 3 pieces of Magazine,129 bullets of N16 weapon,one pieces of Chinese pistol, 1 remote and 40 meter wiring wire and explosive.

In a crashed, one activists of Chand injured in a police firing. Chief District Officer said that the police is still in the village and detailed of the incident is yet to come. The team of Police searched over 15 houses of the village. Special team of the police thoroughly check house of Chand's nephew Yadav Chand. According to a news item published in Deshsanchar.com, a local people resisted the police searched and hosted a rally against it