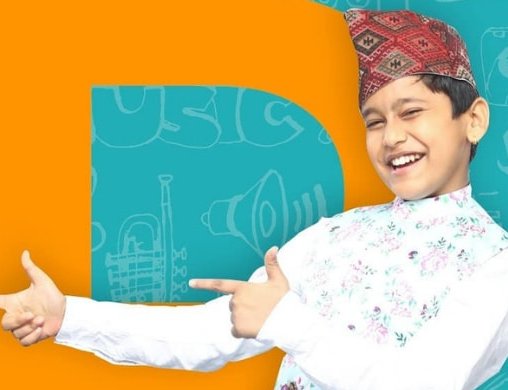 The most loved and most entertaining singing show Sa Re Ga Ma Pa Li’l Champs selected their top 16 contestants, and both are giving their endless effort and sparkling performance in every episode. In today’s episode lead cast of Luka Chuppi will share the stage of Lil Champs in Bollywood Special episode on March 9.

Ayush came for the first audition in Shah Rukh Khan DDLJ look and sang Tujhe Dekha To Ye Jana Sanam; he gave first chartbuster performance in today’s show. All the judges applauded the performance and wished luck to Ayush after Kartik Aaryan, and Kriti Sanon made their entry with a crazy dance performance.

Pritam came for the next performance in Amitabh’s avatar and sang Pagh Ghungroo Bandh he gave a brilliant performance all enjoyed his tune and received a standing ovation from the judges and grand jury it is another chartbuster performance by Pritam.

After Tony Kakkar came on stage with Kartik and Kriti and with them, all the contestants came on stage and danced on song Coca Cola. Swaransh went for the next performance in Rajesh Khanna’s look and sang one of his song Mere Sapno Ki Rani. He gave a beautiful performance and created magic with a sparkling voice. He scores 99.7%.

All the judges esteemed the performance and gave some excellent tips to Bhavesh for singing better. After Kartik shared his epic dialog of Pyar Ka Punchnama. The episode ended with the Amul Kool performer of the week Sughandha Datte and Ritik Gupta both received gifts from the show, and another great episode of Lil Champs ends. Stay tuned with us for all Sa Re Ga Ma Pa Lil Champs latest updates.