Environmnet And Development Need To Go Side By Side: Minister Basnet

A joint undertaking of Ministry of Forest and Environment, UNEP and Ministry of Administration and Local Development as a collaborating partners, the project is funded by Least Developed Countries Fund (LDCF). 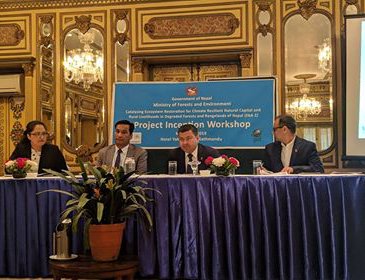 Minister of Forests and Environment (MoFE) Shakti Bahadur Basnet said that sustainable development is impossible without preservation and protection of the environment.

Inaugurating Project Inception Workshop of Catalyzing Econ-system Restoration for Resilience Natural Capital and Rural Livelihoods in degraded forests and Rangelands of Nepal (EbA2), minister Basnet said that this project will help to generate awareness at local level about the importance of ecosystem based development.

A joint undertaking of Ministry of Forest and Environment, UNEP and Ministry of Administration and Local Development as a collaborating partners, the project is funded by Least Developed Countries Fund (LDCF). 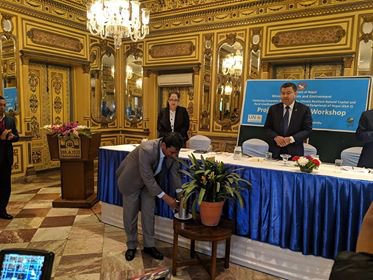 Minister Basnet said that Nepal has been passing through new phase of three tire of government from center, province and local levels. "There certainly need to readjust local government during the time of implementation," said Minister Basnet. 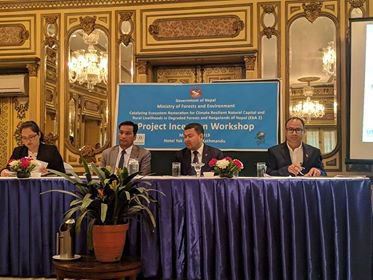 "At a time when there is growing debate over the development and Environment protection, this project will help to disseminate the perception how sustained development is possible with preservation of forest," said Minister Basnet. "Whether one likes it or not, EIA and IEE is now mandatory condition for development and both issue are not anti-development. EIA and IEE will facilitate for sustainable development."

Minister Basnet said that forest and environment is a property of all human being and we need to preserve it for future generation. Whether the issue of Nijgadh Airport issue, construction of transmission line or road, all need to think start the project with minimum damage of forest and ecosystem. 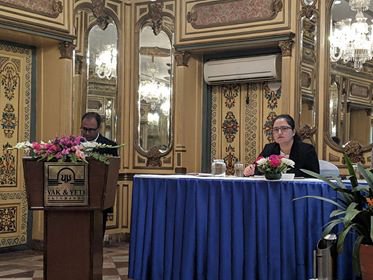 Addressing the program Secretary of Ministry of Forest and Environment Dr. Bishwanath Oli said that the project designed has started in 2012 in one context and it is now implemented in different political and governance context with the election of center, province and local levels. He said assured concerned stake holders that the EBA project will address all the concerned of local levels in implementing stage. He also thanked UNEP for its contribution and support to materialize the project.

" With modification in implementation stage, the project will be closely work with local level and community," said Dr. Oli. He said that the environment is not only national issue of national concern, this is also an issue of international concern.

"Development is need to people. However, development can be disastrous if it fails to preserve the environment. Preservation of environment is important part for sustainable development. As the government is in the process of drafting new Environment Protection Act, it will help to manage development and environment." 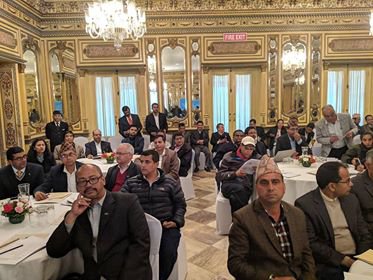 Delivering the opening statement and highlighting the objective of the workshop, Dr. Maheshwar Dhakal, chief of Climate Change Management Division and National Project director of EbA2, said that the objective of inception workshop is to present the project in detail including implementation and execution arrangements. He said that this also aims to assist relevant project stakeholders understand their role/ responsibilities and take ownership of the project interventions from the very start and to develop a common understanding.

He said that EbA will be implemented and monitored by user groups to restore forests and rangelands in the mid-hills of Achham and Salyan and high mountains of Dolkha to decrease the sensitivity of local communities to climate change.

With the total cost of $5.2 million, a total of 12072 households with a population of 59172 are expected to benefit from the EbA targeted interventions. According to Dr. Dhakal, at lease 1000 ha of degraded forest will be restored using EbA and 450 ha of rangeland restored. During the three years implementation period, 100 operational management plan will be restored, 36 filtering dams will be constructed and 120 ha of improved terraces will be developed. Similarly, 36 filtering dams constructed, 36 water conservation pond and 24 community rain water harvesting devices will be constructed.

Delivering statement at inception workshop, Moon Shrestha, Task Manager Climate Change Adaptation Unit of UNEP, said that there is certain delay in the implantation of the project expressing hope that this is going to help to reduce the risk of climate change to vulnerable communities and also increase the capacity of the government. She said that this is a third EbA project in Nepal. She also thanked secretary Dr. Oli for playing important role to materialize the project. She said that the project will be implemented and monitored by user groups. 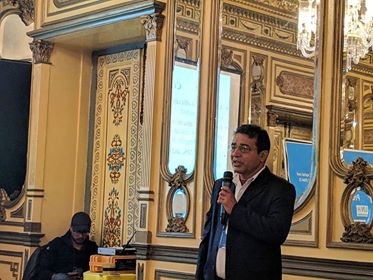 Youth Engagement In Climate Change By Aagya Pokharel 2 weeks ago