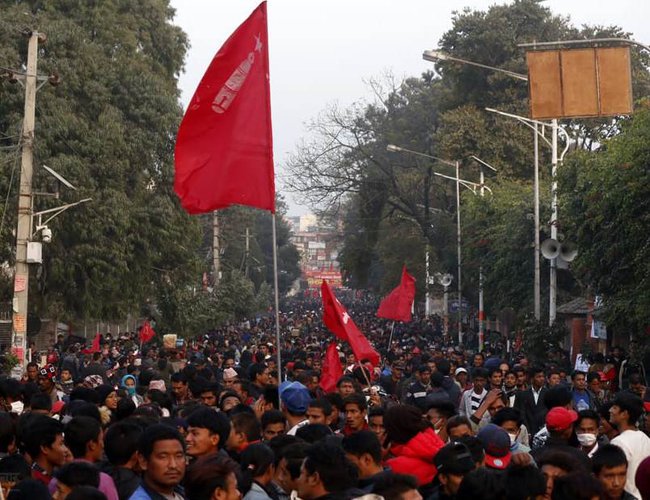 "We have taken the deciusion as a declaration of war against us and our party will take all necessary step to resist the government move," warned Om Prakas Pun Politburo member talking to Deshsanchar. "We have started campiagns to press the pressure on government to withdraw its decision."

He said that the government exposed its facet backing separtist leader Dr.CK Raut and declaring war against patirotic communist party led by Biplab.

After imposing ban on CPN, Thapa left for Austria late in the evening to attend the 62nd session of the UN Commission on Narcotic Drugs scheduled to take place in Vienna on March 14, a Cabinet source said.

The government had prohibited the Communist Party of Nepal-Maoist led by Pushpa Kamal Dahal through an ordinance during the armed conflict in 2002. Thapa and Chand were CPN-M leaders then.

Senior leaders of the CPN have reportedly gone underground while its cadres have been engaged in violent activities.

Chairperson of Nepal Communist Party-Maoist Centre Gopal Kirati said the government should withdraw its decision to ban CPN and the Chand-led party should agree to hold talks with the government.

More Cylinders Will Be Brought From China Via Tatopani Border: Foreign Minister Gyawali By Agencies 11 hours, 43 minutes ago

Prohibitory Order Imposed In Rasuwa For A Week By Agencies 5 days, 11 hours ago