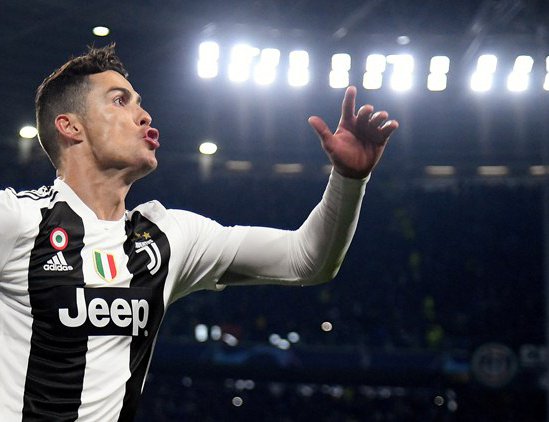 Cristiano Ronaldo made a mockery of Atletico Madrid’s vaunted defense, and then mocked its coach as well. Ronaldo scored a hat trick against the normally resilient Spanish side to send Juventus into the Champions League quarterfinals with a 3-0 win on Tuesday as the Bianconeri fought back from a two-goal first-leg defeat.

The former Real Madrid player outjumped Atletico’s defenders to score a header in each half and then converted a late penalty for his first hat trick since joining Juventus in the summer and just when they needed it most.

He celebrated at the final whistle by mimicking the obscene gesture Atletico coach Diego Simeone made after the Spanish side’s second goal in the first leg — having the final say against a rival he so often defeated as a Real Madrid player.

Simeone was fined 20,000 euros ($22,500) by UEFA for improper conduct and it remains to be seen whether Ronaldo will face a similar punishment. 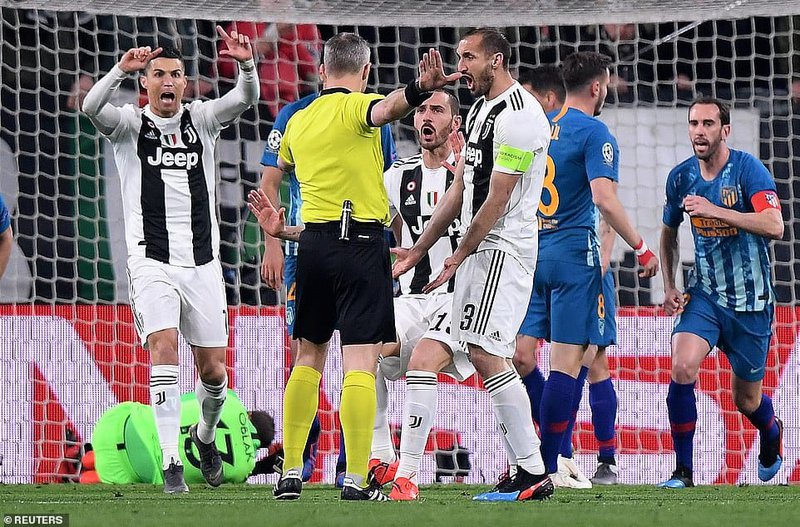 It was Ronaldo’s eighth hat trick in the Champions League, moving him level with Barcelona’s Lionel Messi and demonstrating why Juventus paid Real Madrid 112 million euros (then $131.5 million) for the Portugal star who has dominated the competition in recent years.

It was the first time Juventus came back from a two-goal defeat in the first leg.

“Maybe that’s why Juventus signed me,” Ronaldo said. “To help it do things that it had never done before. This result is a great push for the future, we’re strong and we showed it.”

The 34-year-old Ronaldo has won the Champions League five times, including in four of the last five seasons. Without him, Madrid was eliminated by Ajax last week.

However, Ronaldo had only scored one goal in the competition for Juventus until Tuesday.

“It would have been strange if Ronaldo’s Champions League season ended with only one goal,” Juventus coach Massimiliano Allegri said. “Juventus signed him for nights like this and tonight he made the difference.”

For Atletico, it was more heartache in the competition in the year the final is being held in its Wanda Metropolitano Stadium — and more pain caused by Ronaldo. While at Madrid, Ronaldo helped beat Atletico in two Champions League finals.

He has also now scored 25 goals against Atletico in his career. 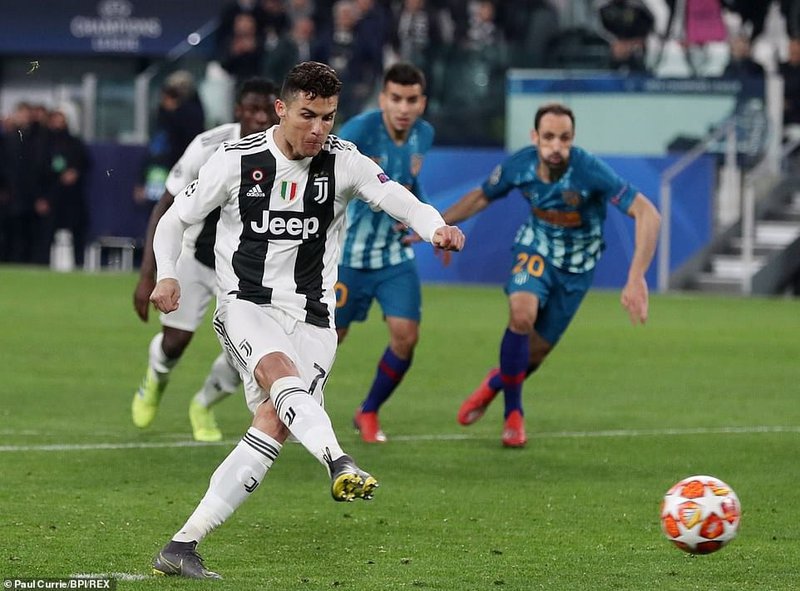 “He’s the best in the world,” Simeone said. “We suffered, as happened to them in the first leg. They’re through and that’s right. They deserved it … Maybe I didn’t manage to transmit to my players what we needed.”

Manchester City is also through to the final eight after routing Schalke 7-0 to progress 10-2 on aggregate.

Juventus thought it had taken the lead less than three minutes into the game but VAR confirmed that Ronaldo had fouled Atletico goalkeeper Jan Oblak before Giorgio Chiellini fired in the rebound.

Italy forward Federico Bernardeschi was handed a start instead of Paulo Dybala for Juventus, and he responded by putting in a cross from the left for Ronaldo to head in at the far post in the 27th minute. Bernardeschi also had several chances to extend Juve’s lead — notably with an audacious overhead kick in the 35th minute which flew narrowly over.

Ronaldo went close again shortly before halftime when he again outjumped everyone but headed Leonardo Spinazzola’s cross wide of the right post. 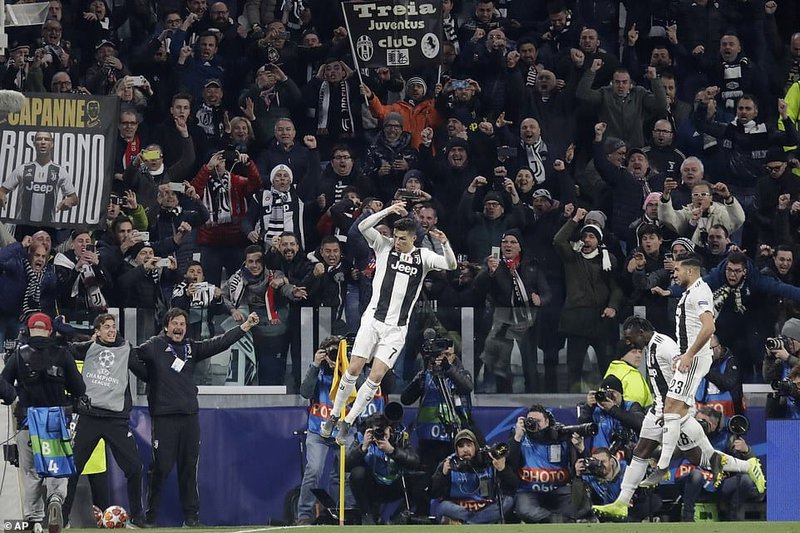 Ronaldo did get the second goal three minutes after the break. Joao Cancelo put in a cross from the right and although Oblak clawed Ronaldo’s header out from under his crossbar, goal-line technology confirmed the ball had crossed the line.

Juventus went all out attack and got the decisive third goal four minutes from time. Bernardeschi was nudged over in the penalty area and Ronaldo converted the resulting spot kick to send the home fans wild.