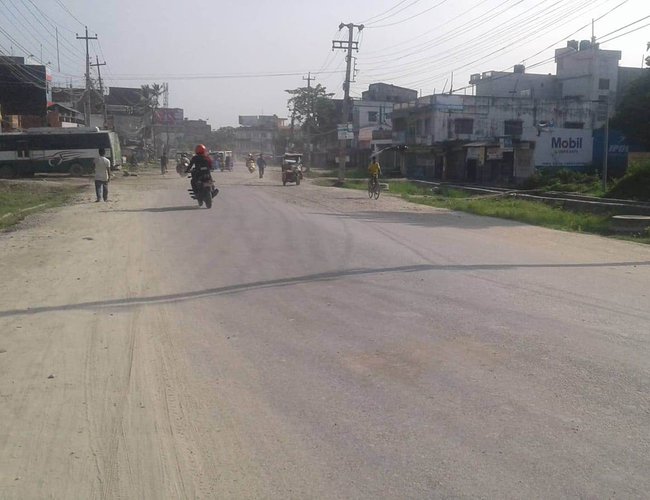 The countrywide bandh (general strike) called by the Netra Bikram Chand –led CPN (Maoist) has affected normal life in the capital. Bandh has been announced by the CPN (Maoist) against Prime Minister KP Sharma Oli’s recent statement terming them dacoit.

Chand faction further angered by Tuesday’s decision of government to ban the activities of CPN-Maoist led by Chand.

Only a few public transport vehicles are seen plying the capital's roads. However, vehicles with private number plates are operating more in numbers. Shops and businesses are mostly closed.

Schools, colleges and educational institutes are also closed. Although there is no significant presence of the bandh-enforcers on the streets, the bandh has taken hold.

Police has arrested over 100 bandh-enforcers from various places of Kathmandu in connection to the general strike. The spokesman of the Metropolitan Police Range, Kathmandu said the arrests were made in Kalanki, Koteshwar, Maharajgunj and Chabahil among places.

Police have been instantly arresting the bandh-enforcers the moment they are seen on the streets.

Alarmed passersby then informed the Metropolitan Police Circle, Singha Durbar, of the suspicious bag lying about in the street. Bomb Disposal Unit personnel from Nepal Army reached the spot and ‘took care of’ the situation.

According to Deputy Superintendent of Police (DSP) Kaji Raj Acharya, the bag did not contain any explosives.