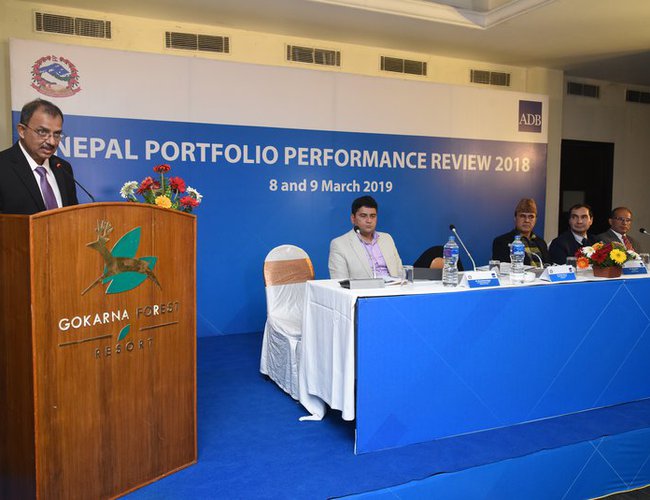 The current episode over Melamchi Water Supply Project has shown how a technically inefficient and incapable institution can push a mega project, which is in final stage, into uncertainty.

With immature and haphazard decision taken by then secretary Gajendra Thakur against Italian contractor CMC and its staff, Melamchi Project, a national priority project of Nepal and flagship project of Asian Development Bank, has landed in uncertainty.

At a time when there is so much uncertainty, new secretary of Ministry of Water Supply and Sanitation Deependranath Sharma has come up with some positive note, expressing hope that Melamchi Water Supply Project will be completed in time with all concerned stakeholders working together.

“I am not an astrologer to predict when it will complete. What I can say is that the government is working to bring water from Melamchi within the time frame. Due to certain reasons, there are confusions. However, the government is developing a contingency plan to complete the project in time and provide water to over 6 million population of Kathmandu.

Addressing Nepal Portfolio Performance Review Meeting of Asian Development Bank, secretary Sharma said that Melamchi is a national priority project and the prime minister and minister are also concerned about the project.

Although there is certain progress in the recent years in the infrastructure projects supported by Asian Development Bank, this is not enough for any over enthusiasm.

For example, with a haphazard decision, expansion of Runway and Parallel Taxi Way, which aimed to ease the current traffic, is now nowhere. As the traffic grows, there is more congestion and even a flight used by Prime Minister KP Oli was on holding for 10 minutes last week in the air.

With its ambitious target to achieve over 8 per cent annual growth to graduate from Least Developed Countries, finance minister Dr. Yubaraj Khatiwada has been calling for more investment for infrastructure development.

However, the recent discussion on Country Portfolio Review shows a very bleak scenario. Although a certain progress in many areas is there to compare with the previous years in disbursement and contract agreement, that is not enough.

The Asian Development Bank's (ADB) annual lending to Nepal hit a record high in 2018, but disbursement has been lagging. ADB’s total lending in 2018 reached $592 million and technical assistance at $8.01 million (including $5.31 million in cofinancing) for projects in transport, urban development and water supply, energy, rural roads, agriculture, and natural resources. 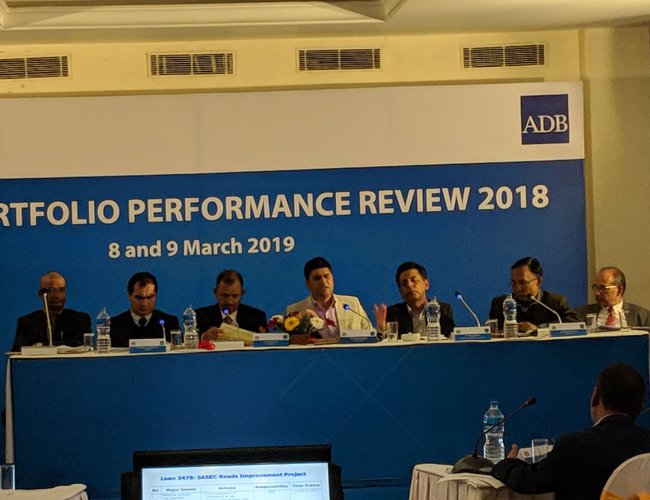 “This is a substantial increase from the $253 million a year on average lending during 2014–2016 that demonstrates ADB’s strong commitment to Nepal’s economic development and improving the lives of its people,” said ADB’s Deputy Director General for South Asia Diwesh Sharan, speaking at a country portfolio review meeting jointly organized by ADB and the Ministry of Finance.

Sharan also said ADB’s portfolio performance in Nepal has shown good progress in recent years, but contract awards and disbursement could be better. In 2018, disbursements, as a measure of actual project implementation progress on the ground, totaled $246.7 million, excluding cofinancing, and met 80% of the original target. Of the net available funding amount of $2.8 billion spread over 36 investment projects, 61% is still to be disbursed.

“Nepal has entered into a federal structure, which can considerably improve service delivery to the people,” said Sharan. “But there is a gap in capacity both at the central and the sub-national government levels that needs to be addressed for timely and successful project implementation. This in turn will improve services that people receive on the ground.”

According to ADB, as of 31 December 2018, five projects were in inception phase, 23 in full implementation and eight projects are winding down to close. Energy sector was one of the most affected by implementation challenges and mainly in terms of low readiness and startup delays.

"Implementation challenges are further highlighted by the average Nepal's portfolio age increase to 5.7 years in 2018 from 5.5 years in 2017. This is high compared to an ADB wide portfolio age of 3.8 years. The increase is due to bigger number of loan and grant extensions about 56 percent of the active projects have been extended," writes ADB's report.

Since 1966, ADB has approved assistance totaling $5.8 billion for Nepal. ADB's portfolio consists of 36 projects amounting to $2.8 billion and 18 technical assistance projects worth $26.4 million.

Chaired by Shree Krishna Nepal, joined secretary and chief, IECCD of Ministry of Finance, the one and half days meeting was lively with officials presenting their shortcomings. With frequent interventions, joint secretary Nepal persuaded project officials, saying that a high progress is necessary to make Nepal prosperous.

"I would say that the overall performance of ADB-assisted projects last year was reasonable. However, jointly, we need to do much more project implementation in terms of both quality and timing and substantially increase disbursement as a proxy for the project implementation progress especially in the new federal environment for the people to feel a difference at the ground level," said ADB Country Director for Nepal Mukhtor Khamudkhanov. "Our course, I would like to thank the project teams for their efforts in addressing a range of issues spanning from project readiness to procurement and contract management and safeguards. But, I would also like to encourage all of you to do even better in the interest of the economic development of the country and the people who want to see greater improvements in their lives, whether relating to better infrastructure or improved services."

At a time when most of the mega projects in energy, transport and air transport sectors are going slow, one can see certain progress in the projects like Gautam Buddha International Airport.

"Clearly, challenges remain but there are positive signs as well. The new government is putting high emphasis on utilization of capital budget. This requires notable improvement in project implementation in general. ADB's project portfolio should contribute to and benefit from these efforts," said ADB’s Deputy Director General for South Asia Diwesh Sharan.

Given the current state of ADB's project implementation, procurement and disbursement, there is a long way to go to materialize Prime Minister Oli’s slogan of Prosperous Nepal and Happy Nepali.

The recent meeting on ADB's portfolio review will help accelerate the infrastructure projects identifying their weaknesses and shortcomings.

The Disaster Resilience of Schools Project was awarded in the category of best team for procurement management. The Kathmandu Valley Water Supply Improvement Project-Additional Financing received the best team awards in the categories of environmental and social safeguard monitoring and gender equality and social inclusion.

“These awards recognize the project teams' efforts in achievement of targets and ensuring that the environment, social safeguards, and gender equality and social inclusion aspects were also considered during project implementation,” said ADB Country Director for Nepal Mukhtor Khamudkhanov. “All these are critical for results on the ground that promote socially inclusive development.” 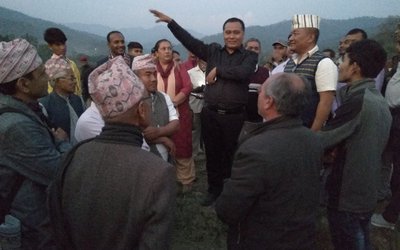 Gold Price Soars Up To Set A New Record By NEW SPOTLIGHT ONLINE 1 day, 20 hours ago 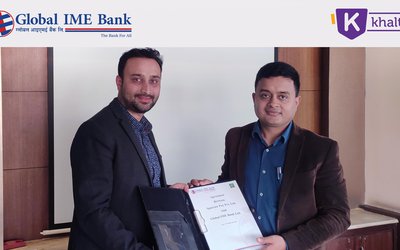