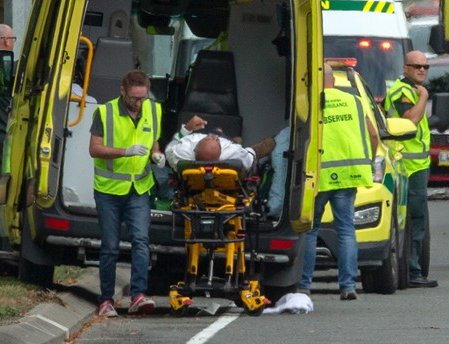 The Prime Minister of New Zealand, Jacinda Ardern, has condemned attacks on two mosques in Christchurch, which killed at least 49 people and wounded dozens more. This was a worst mass killing in the mosque in the history.

At least 49 people have been killed, and 20 seriously injured, after gunmen opened fire at two mosques in the New Zealand city of Christchurch.

New Zealand Police have issued an update on the shooting, confirming that a 28-year-old man has been charged with murder and will appear in the Christchurch District Court on Saturday morning. Two others remain in custody.

"There are community events planned across the country this weekend and there will be a visible Police presence at these events for safety and reassurance," the force also said.

Australian Prime Minister Scott Morrison says he has asked for flags to be flown at half-mast out of respect for those killed in the attack.

"Australians stand with all New Zealanders today during this dark time where hate and violence has stolen their peace and innocence. Kia kaha (stay strong)," Morrison tweeted earlier.

"New Zealand, like Australia, is home to people from all faiths, cultures and backgrounds. There is absolutely no place in either of our countries for the hatred and intolerance that has bred this extremist, terrorist violence and we condemn it," he added.