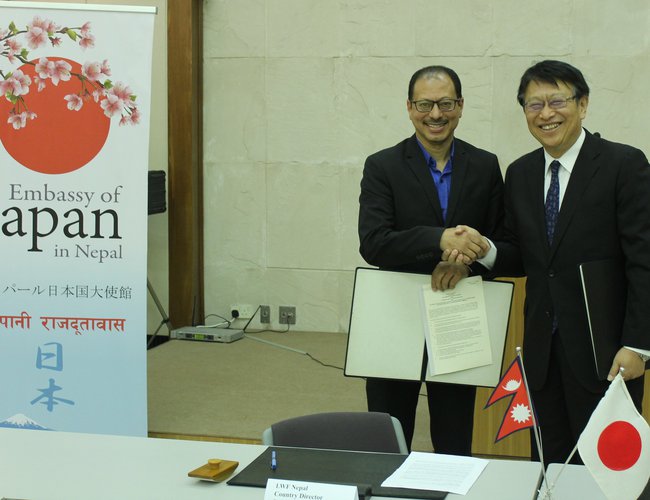 The Project for the Installation for Agricultural Facilities in Bhutanese Camps and Neighboring Communities is funded under the Grant Assistance for Grassroots Human Security Projects (GGP) of the Government of Japan. The grant assistance amounts to USD 70,245 (approximately NPR 8.1 million). This GGP project provides opportunities for income generation for Bhutanese refugees and the neighboring community.

Addressing the program, Japanese ambassador to Nepal Saigo said that the construction of facilities in the refugee camps will enhance the capability of refugees and people leaving in neighboring.

LWF Nepal was established in 1984 to meet humanitarian and development needs of the poor, oppressed and vulnerable people living in poverty and vulnerable conditions. LWF Nepal has been working for the Bhutanese refugees since 1991 through funding support from international organization such as UNHCR.

Country director of LWF-Nepal Dr. Manandhar expressed his commitments to implement the project successfully strictly following the compliance of the project. He said that LWF-Nepal has been supporting Bhutanese refugees implementing the programs in close partnership with UN World Food Program and UNHCR. 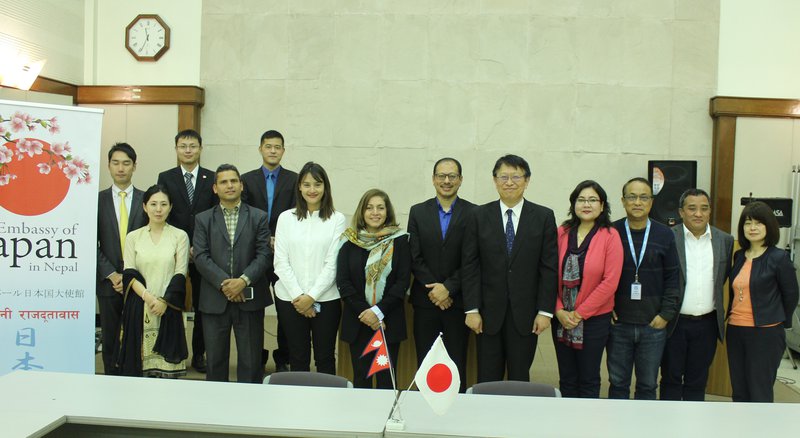 Dr. Mananddhar also said that refugees are not the burden but can support economic activities of the communities leaving outside the camp area. He said the construction of the center will benefits both the sides. Dr. Manandhar thanked Japanese government, people and Embassy of Japan in Nepal for the support saying that LWF-Nepal will implement the projects in coordination of local level, province the government of Nepal.

According to a press release issued by Embassy of Japan in Nepal, the Embassy of Japan hopes that this project will contribute towards enhancing the self-reliance of the Bhutanese camps and neighboring communities, and also strengthen the bilateral relationship between Japan and Nepal.

Four Arrested With Red Panda Hide In Karnali By Agencies 6 hours, 26 minutes ago

PHDCCI Pitches For India To Be A Hub Of Sustainable Mobility By NEW SPOTLIGHT ONLINE 2 days, 6 hours ago