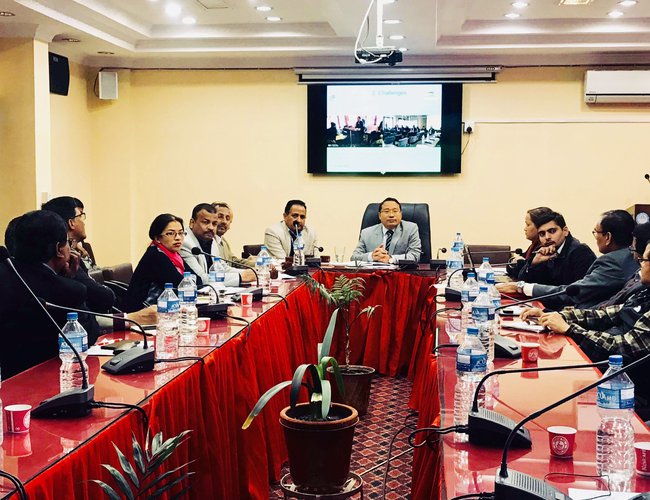 Minister of Energy, Water Resources and Irrigation Barshaman Pun Ananta said that the government is ready to solve the problems faced by hydropower developers. Minister Pun said that prosperity cannot achieve without development of energy sector. We have been managing 18 hours load shedding. If we can manage load-shedding, why cannot we manage other problems?

Interacting with the developers of above 50 MW hydropower projects at the Ministry, minister Pun advised the development that instead of holding the licensee follows other business.

Minister Ananta said that he came to know many problems faced by developers from the design stage to the implementation. “After interacting with the developers, what I have come to realized that projects under the survey and designed stages will complete in time.

Minister Ananta said that there are lapses and weakness in government sides but the developers also do have weakness and lapses as well. “When I asked Director Generals and secretaries why do they extend the time of the project regularly, they replied me developers put pressure on them through various power centers and regulatory,” said minister Pun.

Kaligandai A Hydropower Shut Down, No Disruption In Electricity Supply: MD Ghising By NEW SPOTLIGHT ONLINE 5 days, 6 hours ago