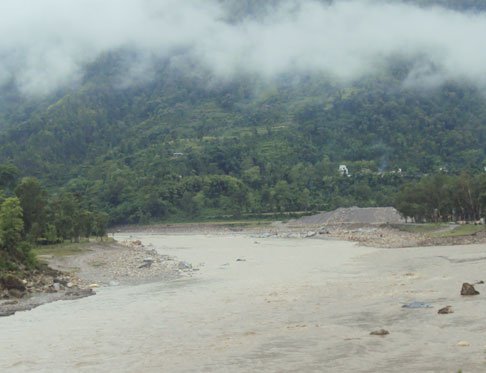 The controversial decision taken by Melamchi Water Supply Project is not only delaying or raising cost for it, this has also affected Tanahu Hydropower Project.

With the action taken by Melamchi in December stopping its employees in Kathmandu Airport Immigration, CMC did not respond to Tanahu Project regarding whether to continue the work or not.

The project also asked Nepal Investment Bank to confiscate the money deposited by the CMC. After completing the 28-day deadline to the Italian company to return to work and, Tanahu Hydropower Project issued a letter terminating the contract with CMC.

Before taking the decision, the project consulted with the Asian Development Bank (ADB) and European Investment Bank (EIB), which are financing the hydropower project, before the contract termination letter is sent to the Italian company.

After issuing the termination letter, the project is now working to publish the new tender within the month of March.

Once the contract is terminated with the Italian company, the project will restart the procurement process. The project had hired CMC to divert the flow of the river, build dam and complete head works. CMC was selected as the preferred bidder as it had made the lowest bid of Rs 20.64 billion.

The project has hired Chinese firm, Sinohydro, to build the tunnel and power house of the storage-type project. The Chinese company will also import hydro-mechanical and electromechanical equipment and assemble them. The Chinese firm has agreed to complete all the work at Rs 3.83 billion.

The total cost of the project is estimated at $506 million, of which the Manila-based Asian Development Bank will provide $150 million, Japan International Cooperation Agency will contribute $184 million, European Investment Bank will give $85 million and NEA will chip in $87 million.

Although the CMC is still fighting its bankruptcy case in Italy and the hearing is slated in April, the officials in Nepal have hurried to give the verdict on the pending court issue.

Known for its reputation to complete the mega projects in Asia, CMC has also shown its proven capacity completing 28 long tunnels for Melamchi. With the mishandling of the issue by Ministry of Water Supply and Sanitation, even Tanahu Hydropower, which is in final stage of kicking off, has suffered.

Although the officials at the project have said that they will select the new contractor soon, the cancelation of contract agreement with CMC will likely to push the project for few more months.