EU Looks Forward To Enhanced Dialogue And Partnership With Nepal

EU Looks Forward To Enhanced Dialogue And Partnership With Nepal 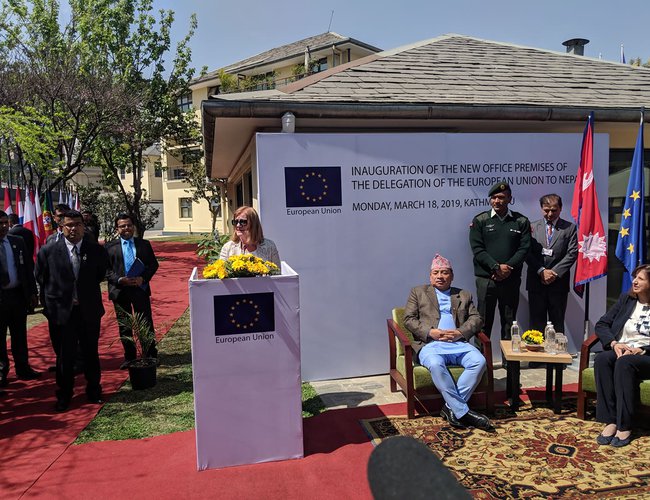 Deputy Managing Director for Asia and Pacific of the European External Action Service (EEAS) Paola Pampaloni said that the EU and Nepal have been partners in development cooperation ever since bilateral relations began in 1973.

“Last year, in 2018, we marked 45 years of our friendship. The role of the EU Delegation to Nepal has been vital in advancing these relations over the years. The purchase of the new Delegation premises is a testimony to the European Union's commitment to remain engaged in and with Nepal, and indeed over the long term to strengthen this partnership," said Pampaloni addressing the inaugural program of office premises of the Delegation of the European Union to Nepal.

The inauguration of the new office premises of the Delegation of the European Union to Nepal took place on 18 March in the presence of the Vice President of Nepal, Nanda Bahadur Pun, the Deputy Managing Director for Asia and Pacific of the European External Action Service (EEAS) Paola Pampaloni, and the EU Ambassador to Nepal Veronica Cody. It was also attended by Nepali Government representatives and EU Member State Ambassadors.

Deputy Managing Director for Asia and Pacific Pampaloni met with the Minister for Foreign Affairs Pradeep Kumar Gyawali, Minister of Finance Yuba Raj Khatiwada, the Foreign Secretary Shanker Das Bairagi, and the Advisor to the Prime Minister Rajan Bhattarai during her visit to Nepal. 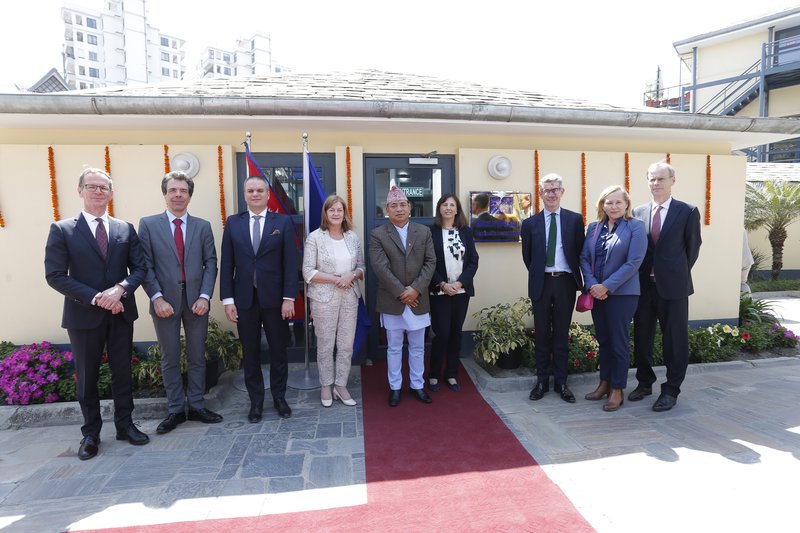 The EU, with its Member States, is the largest development donor in Nepal. In the period 2014-2020 the EU tripled its assistance to Nepal from € 120 million to € 360 million. This financial assistance has been focused on rural development, education, governance and reconstruction.

The European Union stands ready to support the Government of Nepal on its journey toward graduation from LDC status by 2022, and beyond. Further opportunities for cooperation in the areas of common interest are being explored, particularly in the context of preparing for the next EU Multiannual Financial Framework for development covering the period of 2021-2027.

The world of the 21st century is facing many challenges to the global order. From the European Union perspective these challenges can be tackled only through a rules-based and multilateral approach, and through acting together with other like-minded countries.

The EU is stepping up its commitment to address global challenges together with its partners, including: the implementation of the Paris agreement on climate change; the 2030 Agenda for Sustainable Development; the reform of the WTO; and wider global security challenges. 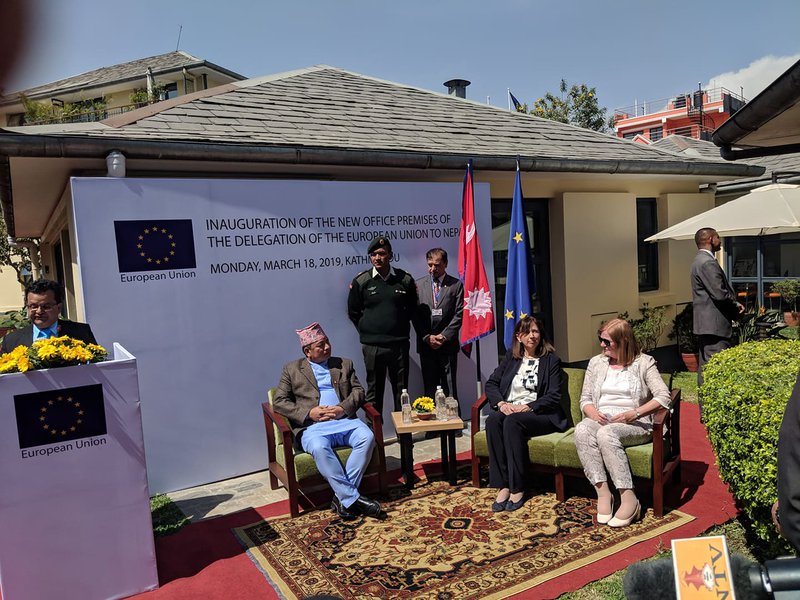 The EU wishes to be not only a development partner of Nepal, but also a political partner, and it is looking forward to taking that partnership to a new level by intensifying and deepening the political dialogue and broadening the common agenda.

Madhesh Based Party Demand To Include Its Agenda In The Amendment By NEW SPOTLIGHT ONLINE 5 hours, 35 minutes ago