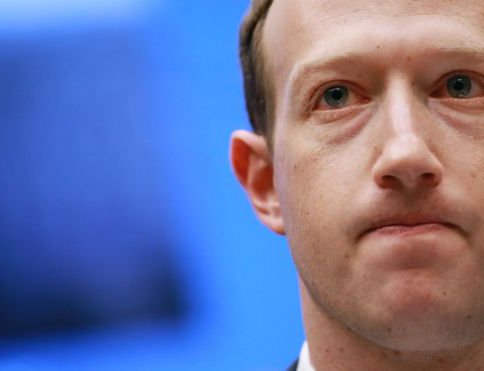 The social media giant also pledged to improve its ability to identify and block material from terrorist groups.

The social network has come under pressure after a man livestreamed an attack on two mosques in New Zealand.

Facebook had previously allowed some white nationalist content it did not view as racist - including permission for users to call for the creation of white ethno-states.

The company said it had deemed white nationalism an acceptable form of expression on a par with "things like American pride and Basque separatism, which are an important part of people's identity".

But in a blog post on Wednesday it said that after three months of consultation with "members of civil society and academics" it found that white nationalism could not be "meaningfully separated" from white supremacy and organised hate groups.

'Not just the postman'

In the wake of shootings earlier this month in New Zealand, several world leaders called on social media companies to take more responsibility for the extremist material posted on their platforms.

New Zealand Prime Minister Jacinda Ardern said social networks were "the publisher not just the postman", in reference to their potential liability for the material shared on them.

Facebook has previously acknowledged that a video of the attack, which left 50 people dead, was viewed more than 4,000 times before being taken down. The company said that, within 24 hours, it had blocked 1.2 million copies at the point of upload and deleted another 300,000.

A group representing French Muslims is suing Facebook and YouTube for allowing the footage to be posted on their platforms.

Other tech groups also took steps to clamp down on sharing of the video. Reddit banned an existing discussion forum on its site called "watchpeopledie" after clips of the attack were shared on the forum.

US Jet Crashed In Taliban Territory By NEW SPOTLIGHT ONLINE 8 hours, 19 minutes ago