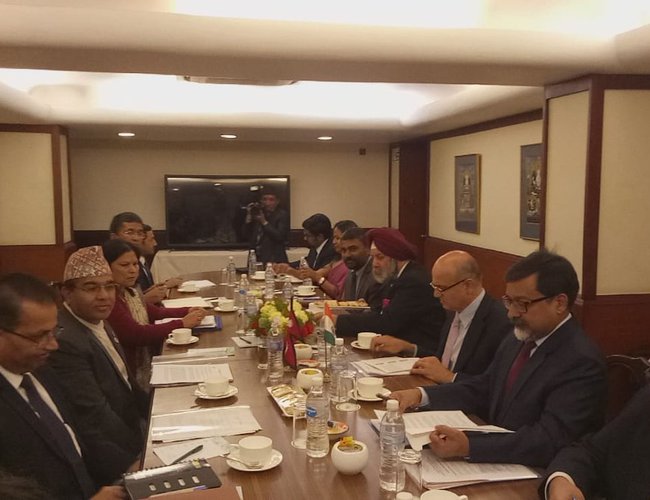 According to a press release issued by Ministry of Foreign Affairs, while expressing satisfaction on the progress made in many areas of cooperation in the past one year, both sides agreed to expedite progress on early resolution of pending issues.

It may be recalled that Foreign Secretaries of Nepal and India have also been following up on the matters agreed during the high level visits through video conference.

Gokhale arrived in Kathmandu this morning and is scheduled to return to New Delhi tomorrow.

The Indian Foreign Secretary also paid a call on Pradeep Kumar Gyawali, Minister for Foreign Affairs, at the Ministry of Foreign Affairs. During the calls on, matters of mutual interests were discussed.

According to a press release issued by Embassy of India Kathmandu, the two foreign secretaries reviewed all aspects of wide ranging bilateral partnership and exchanged views on regional and other issues of mutual interest. They expressed satisfaction at the substantial progress that has been achieved on bilateral projects and initiatives that were discussed and agreed to during the reciprocal visits of Prime Ministers of Nepal and India in April and May 2018. The two Foreign Secretaries agreed to maintain the momentum in bilateral engagement across diverse sectors of cooperation and to further strengthen the traditionally close, friendly and multifaceted partnership between the two countries. 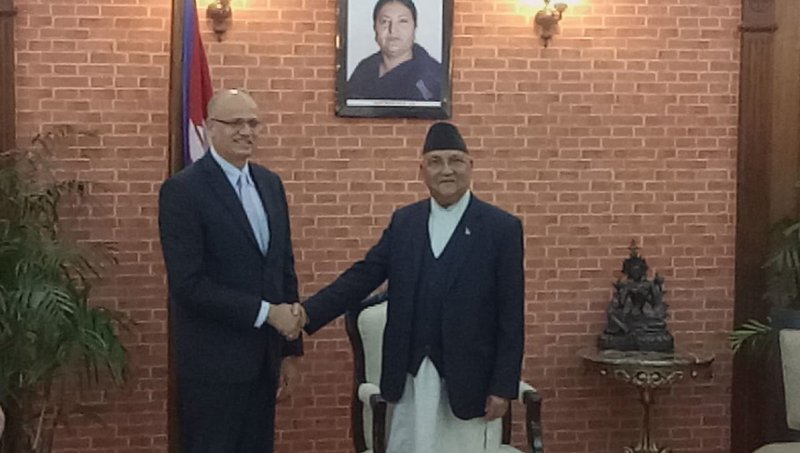 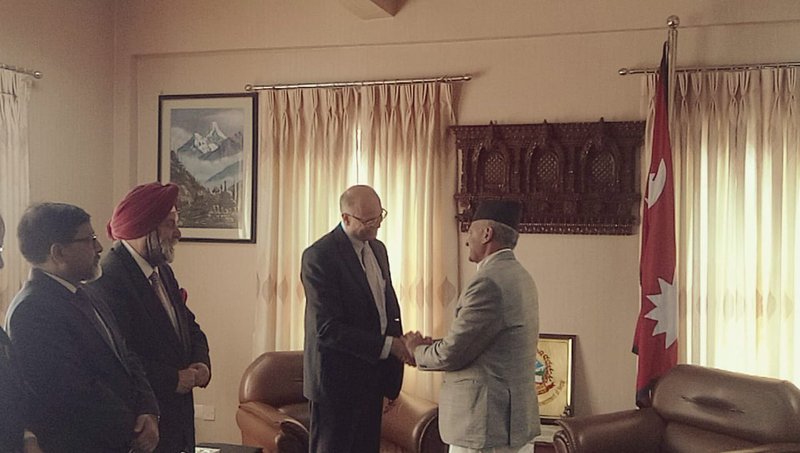 Nepal Army In Search Operation To Find Out Missing Korean And Nepali In Annapurna Circuit By NEW SPOTLIGHT ONLINE 10 hours, 49 minutes ago

India Supported Construction Of A School Building In Thankot By NEW SPOTLIGHT ONLINE 12 hours, 38 minutes ago