In addition to the law and order situation, our repeated disappointing performance in meeting the capital expenditure target may stand as an impediment to mobilizing huge resources externally. 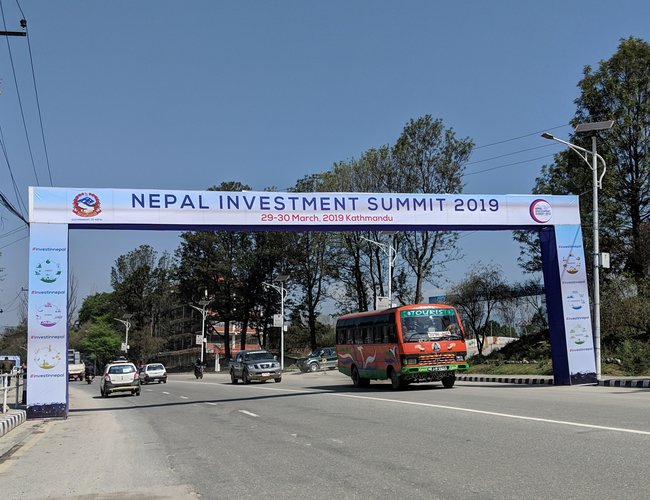 Managing Director of the International Monetary Fund (IMF) has cautioned nations to be prepared to face the consequences of an unexpected slow growth of the world economy. IMF has also adjusted downward global growth forecast (3.7 to 3.5 percent) for 2019. IMF and its Chief look very reasonable in not painting a bright picture of the global economy because things in and between powerful\resourceful nations are getting complicated day by day. No exception are the less resourceful countries. One cannot also brush aside apprehensions of some observers that multilateralism is being gradually replaced by bilateralism and liberalism by protectionism. A period of unhealthy competition between major global powers is seen, which could lead to an unpredictable and more hostile future. It looks like the post-cold war period of optimism is slowly fading. People are also confused about the new order (likely to emerge) and are not certain whether the transition period will be peaceful. Leaders from other relatively less powerful countries including the European Union (EU) are expected to do some meaningful work to preserve a liberal international order but it does not look like they are well prepared to deal with the heightened competition. Let us see how effective a role can Angela Markel of Germany, serving her last term in office, play in defending multilateralism.

Notwithstanding some positive developments that took place between the two presidents of China and the US on the sidelines of the G-20 meeting in Buenos Aires, trade row between these two largest economies is far from over. Both economies have taken the hit. Chinese economy is reported to have grown by 6.6 percent in 2018, the lowest in three decades. Chinese exports in February have dropped sharply and it is believed that the huge current account surplus it has been enjoying since 1993 could soon disappear. Trade row has not benefitted the US economy either. Pork and soybean farmers have suffered a lot there. One encouraging fact, however, is that imposition of additional tariff has stopped, albeit temporarily, and officials of both countries are meeting regularly to resolve outstanding issues. Hope the row, which is bound to negatively impact the global economy, is resolved soon.

Britain’s exit from EU (Brexit) has also created lots of confusion and is likely to hurt countries on either side of the Channel. Prime Minister May has already failed twice to get the Brexit deal passed by the House of Commons. About a million people protested on March 23 in London demanding a second referendum on Brexit. The confusion has begun to take a toll on the British economy. It is reported that banks and financial institutions have moved their assets approximating 10 trillion dollar outside of Britain. Bank of England has warned of serious consequences, which could be more dangerous than the ones created by the financial crisis of 2008. It is rightly observed that Brexit proceedings will continue to inflict injury on the economies of EU nations and Britain for years to come. A reliable estimate shows that around 700,000 jobs in travel and tourism could be lost across Europe in the event of Britain dashing out without a deal with EU on future relations. IMF states that British economy will be 7.7 percent smaller over the next decade in a no deal scenario. Theresa May needs lots of good luck to delay and get the deal passed by the British Parliament.

Venezuelan crisis is also not likely to recede soon. Many inhabitants of this oil rich country have left it to take refuse elsewhere and those staying back are without water, electricity and other essential supplies. We can simply pray that the innocent people do not have to suffer much for long like the unfortunate Syrians.

Things are not very pleasant in our neighborhood either. India, making necessary preparations for the general elections, and Pakistan, with a new government after the freshly concluded elections, were on the verge of a full-fledged war after a deadly suicide bombing in India’s section of Kashmir killed more than 40 Indian soldiers in February. The two nuclear-armed nations got engaged in a brief air confrontation in which both sides claimed that they had shot down each other’s war planes. Thanks god the concerned leaders sensibly handled the delicate situation and fears of an all-out conflict are almost over at least for now. Emerging economic power India has dedicated leaders to do everything possible to help their economy remain not far away from the two economies(US and China), leapfrogging many economies in coming years and Pakistan’s Imran Khan does not seem to be in a war mood because he has the uphill task of putting on track somewhat derailed economy of Pakistan. Sensible leaders all over the world are seen giving top priority to the wellbeing of their countrymen, which is effected through faster economic development. Let us see what is happening in Nepal.

Overall position of the economy is not satisfactory but there are a few areas to derive some solace from. One of the sectors which has been giving some good results in recent times is the tourism sector which has registered a commendable increase (more than 100,000 in February) in the number of tourist arrival. If this trend continues, it will not be difficult to get 2 million tourists here in 2020 as desired by the government. Remittance is also increasing very encouragingly both in terms of American dollars and Nepalese currency. It may be mentioned that remittance increased by Rs.77billion in the seventh month of this fiscal year to reach Rs.515.55 billion in seven months, registering an increase of 28.5 percent over the corresponding period of last fiscal year. This sharp increase in remittance could not, however, arrest the deterioration in our current account which has reached Rs. 166 billion in the seventh month of this fiscal year as against Rs. 142 billion in the corresponding period of last fiscal year. Balance of payment (BOP) is still negative by Rs. 49 billion in the seven months as against a negative Rs. 18 billion in the corresponding period of last fiscal year. Foreign direct investment (Rs.5.15 billion) is seen to have taken a hit during this period as it stood at Rs. 14.34 billion in the seven months of the last fiscal year. Capital transfer is also said to have gone down. Further, foreign exchange reserve at the end of last fiscal year was 10.08 billion dollar and it is 9.49 billion dollar in the seven months of this fiscal year. While it is not unusual for government to have some money (more than Rs. 150 billion currently) lying idle at the central bank, the worrisome fact is that only 25 percent of the money apportioned under capital expenditure head was spent till the end of the seventh month and it has reached just 30 percent in more than eight months of this fiscal year. Financial institutions have been charging high interest rates on loans, citing liquidity crunch in the market, and finance minister’s strong directive to the institutions to lower the lending rates and Prime Minister Oli’s threatening that he would intervene if rates are not lowered have passed unheeded. In hindsight, many of us now realize how mistaken we were to hope that Oli would intervene soon to facilitate injection of billions of rupees into the market. Poor production base and the resultant ballooning trade deficit are the root cause of many evils that have been inflicting somewhat incurable injury on the economy. The deterioration is difficult to be arrested as is evident by a comparison of data of six\seven months of this fiscal year with the corresponding period of last fiscal year. It may not be easy for the concerned to tell commoners at the yearend that their period was better than the last one because situation, both internally and externally, does not look that easy.

Things on the other side of the fence (noneconomic) also look complicated and confusing. A blast in the Valley in the last week of February, claiming one life and injuring two others, and arson attacks targeting at least a dozen telephone towers of a mobile company (Ncell) in several districts came as something reminiscent of the violent incidents of the Maoist war-era period. Netra Bikram Chand-led Maoist party owned up to the attacks and apologized for the loss of life but has shown no sign of renouncing violence. The government’s decision to outlaw the party has become very controversial and people are skeptical whether Chand would come to the negotiating table, surrendering arms, as desired by the current dispensation. It may be interesting to note that several calls by different governments to surrender arms before negotiation had failed to produce positive outcome during the decade-long period of insurgency led by Prachanda. Equally controversial became the eleven-point deal signed between government and C. K. Raut, a known separatist wanting a separate\independent Madhesh. Let us hope that Raut, now heading a political party, must have realized that the southern plain of Nepal seceding from the mainland is just impossible. Little bit disturbing was also the decision of Rashtriya Janata Party (RJP) withdrawing its support to the government, despite the fact that this decision will have no impact on the continuity of this still strong government. Things, however, will be different if RJP leaders succeed in pulling the Upendra Yadav-led party (Forum) out of government to expedite their merger talks.

May be disturbed a bit by the unconducive environment, both internal and external, finance minister Khatiwada has recently adjusted downward some budgetary targets made public by him just six months ago. Total budgetary outlay has been reduced by about 9 percent and its other constituents have also been readjusted. According to the new arrangement, recurrent expenditure is fixed at Rs. 798 billion, capital expenditure at Rs. 265 billion and financial management stands at Rs. 135 billion. Revenue collection target of Rs. 945 billion has been slashed by Rs. 26 billion. It may be recalled that revenue collection target could not be met last fiscal year, for the first time in a decade and the concerned may have difficulty collecting even the downsized figure in the current fiscal year. Budgetary adjustments are made and there is nothing to panic about it but government should be extra careful to make sure that the revised targets do not remain unachieved. The government has to be sensitive also because of the fact that Nepal Investment Summit is taking place ( March 29 and 30) at a time when the situation is not very favorable to attract investors who love to meticulously delve into different aspects related to the country and its economy before committing funds. In addition to the law and order situation, our repeated disappointing performance in meeting the capital expenditure target may stand as an impediment to mobilizing huge resources externally. Adequate homework is needed to get the firm commitment otherwise investors will hesitate to pledge and whatever little is promised will not be timely disbursed. A wide gap is found between pledging and its actualization, which has been abundantly shown by our experiences related to the devastating earthquake of April 2015 and the Nepal Investment Summit in 2017 that succeeded in getting pledges worth 14 billion dollars. Good Luck!