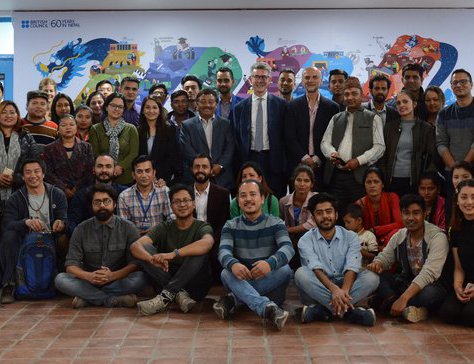 At a time when Nepal was in isolation from the world with very few access to books and global information, British Council came as an institution of light to hundreds of people in Kathmandu.

Dr. D. Snellgrove, Tibetan lecturer at the School of Oriental and African Studies, London (SOAS), wrote a report on Nepal in May 1959 to L. Kitchingha, FCO Director Far East Department, recommending that a British Council Representative should be established in Nepal.

He wrote that the Nepalese ‘need to understand the implications and advantages of all foreign assistance now being offered to them, so that they may begin to take a responsible and guiding interest in various projects’....[and that British advisers need to]….’have an active interest in all things Nepalese and should be prepared to stay long enough to know the country well.’ British Council Nepal Established starting with a library at New Road and later moved to Kantipath.

Until its closure in 2000, the British Council libraries served as important social meeting and cultural convening spaces. According to British Council, first British Council Representative, who is Cultural Attaché at the British Embassy, W. Lynndon Clough. In-Service Teacher Training in English language provided in partnership with the Ministry of Education at Trichandra College.

Although many things changed in Service Teacher Training (English Language, pedagogy, methodology, leadership etc.) for state teachers, the partnership with Ministry of Education has continued every year for all 60 years. 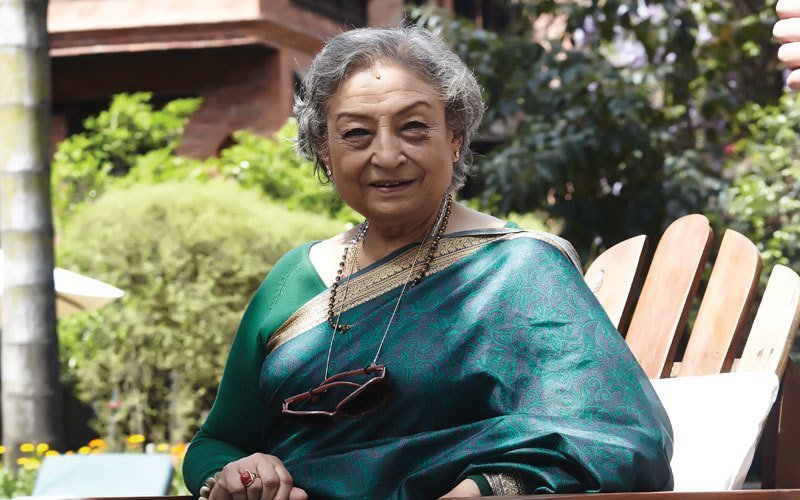 Similarly, Ambica Shrestha partnered with the British Council to train young women as secretaries in Nepal which led to the start of an industry that did not exist before. British Council supported Ambica and others to establish the Britain Nepal Society. She went on later to become the owner of heritage hotel Dwarika's and led light of heritage conservation in Nepal.

“Over these 60 years, the British Council has come a long way from library to teachers’ training to building cultural relations and educational opportunities in Nepal,” said British Ambassador Richard Morris.

Addressing a program to celebrate sixty years of establishment of British Council in Nepal ambassador Morris said, “it has made a rich and wide range of impact by supporting Nepalese women to tell their stories, become true inspirations and help people understand each other better. Thank you to the British Council for their positive contributions in Nepal.”

Nepal and the UK have a rich and complex relationship that dates back over 200 years, when Nepal chose the UK as the first country to establish diplomatic relations with. This relationship is built upon the active and positive contributions of Nepalis in both the UK and in Nepal.

Nepalis have been travelling to the UK for a variety of reasons for centuries. The first Nepali widely considered to set foot in the UK was Nepal’s Prime Minister Jang Bahadur Rana, who visited Britain and France in 1850, and met Queen Victoria. There is also the visit of the Nepali soldier Motilal Singh, who wrote the July 1850 edition of the New Monthly Magazine the article, ‘Some Accounts of Nepalese in London’.

Travelers and people at the interface of borders have and continued to be active members of both British and the Nepali society, and as they navigate diverse cultural influences and expectations, they enrich British and Nepali society alike. Nepal has one of the most extraordinary histories, full of wondrous culture, and only in recent history has it experienced a civil war, a royal massacre, an earthquake of major magnitude, a border blockade and the promulgation of its Constitution.

It is the latter and the transition to federalism that we look forward to, supporting the Government of Nepal and its peoples with technical assistance and cultural relations programs as it navigates this historic process. On a more modest level, our celebration of 60 years in Nepal and our excitement of another 60 years to come is only really possible through the journeys, achievements and contributions of these Nepalis at the interface.

All Nepali citizens who have been touched by the UK through the British Council in turn have made significant contributions to Nepali society – some through civil society and services to the Government of Nepal, some in business and public institutions, especially universities, and some in the arts. Many of them are pioneers, all of them are cultural leaders in their own right.

As the UK and Nepal continue their journey together, the British Council is proud to be a major part of this journey. We look forward to developing even closer cultural ties and friendly knowledge between Nepal and the UK in years to come.

Saurav Dhakal, one of the climate champions from 2010 said, “I got involved with the British Council as the International Climate Champion and had the opportunity to be a part of the Great Himalayan Trail Smart Celebrity Trek in 2012. I traveled from eastern to western Nepal and learned so much about the local communities. It inspired me to know more about the local people so, with my team, we started to train local people to use mobile phones and capture their stories. We trained the youth of the communities to become digital storytellers and started a project like ‘Dream City’, where people designed their cities using maps. I am very glad I became a part of the British Council as a climate champion. The participation has been quite beneficial for me.”

Diplomacy Changing Guard By A Correspondent 2 weeks, 3 days ago

Resignation of Prime Minister Padma Shamsher and the Fate of his Constitution By Dr. Bipin Adhikari 2 weeks, 5 days ago

Resilience And Poverty In Kathmandu: The Story Of An Encounter By Benoît Clémencin 2 weeks, 6 days ago