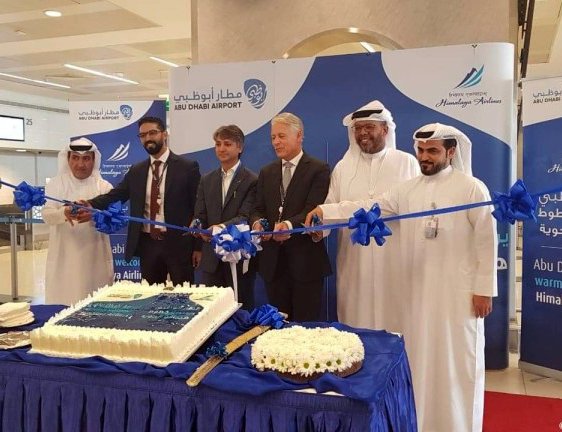 Himalaya Airlines, an international air carrier, is set to commence thrice-weekly flights from the hub in Kathmandu to a thriving and bustling city – Abu Dhabi. The new service is a part of the airline’s commitment to boost the connectivity of Nepal with Middle-East countries.

The new flights will operate every Tuesday, Thursday & Sunday with Airbus A320-214 narrow body aircraft, configured with 8 seats in Premium Economy Class and 150 in Economy Class. The flight schedule has been timed evenly throughout the week to provide a mix of weekend, short stay and business travel options.

“We are excited to launch the direct flights between Abu Dhabi and Kathmandu. There is a strong demand from both markets for a directoperation on the route, and we have responded to this increasing customer requirement.Commercial and cultural links between the UAE and Nepal are flourishing and Himalaya is honored to play a pivotal role in facilitating and enhancing the growth of trade and tourism between the two countries. We hope thisnew connectivity will further boost traffic from the UAE. Himalaya Airlines is on the verge of completing its 3rd year of successful commercial operations soon & we are pleased to add Abu Dhabi into H9 network” said Mr. Vijay Shrestha, Vice President – Administration. 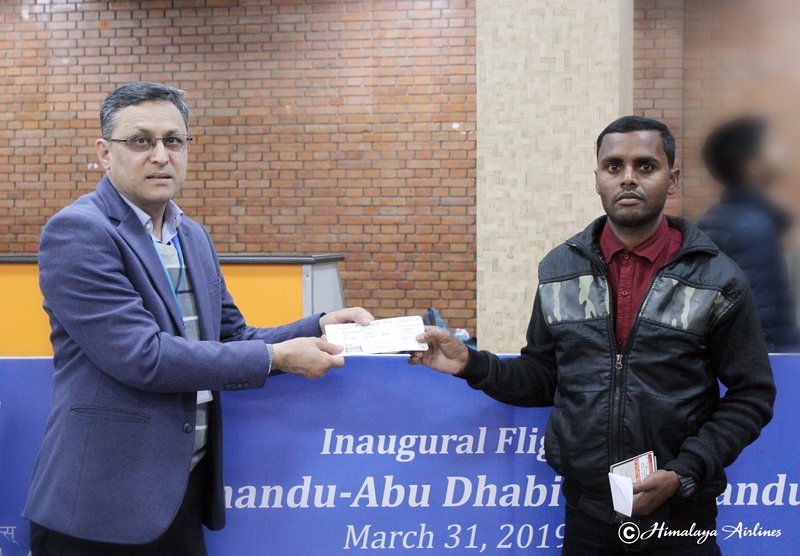 Abu Dhabi is the capital and the second most populous city of the United Arab Emirates which focuses on oil exports and commerce. Visitors should definitely consider visiting this incredible city, as it has some of the most epic touristic attractions in the country.

Established in August 2014, Himalaya Airlines, a Nepal-China joint venture, is a private airline of Nepal providing international air services. As the name ‘Himalaya’ symbolizes high mountains of Nepal, dedicated in service to uplift the name of the nation, Himalaya Airlines aspires to rise up in its name to international standards. With the aim to excel in safety, on time performance (OTP) and most primarily, in service to its customers, H9 has already established itself in Nepal with high recognition.

For year 2019, the airline plans to focus on China connectivity by adding up Beijing to its destination network and eventually extending to other cities like Nanchang, Wuhan, Changsha, Nanning etc. Airline also has plans to acquire A319 in near future for flying to high altitude destinations like Lhasa.

H9 received its first international award for “Leading New International Airlines in South Asia” at South Asian Travel Awards (SATA) 2017. This award honors the efforts undertaken towards developing high standard of services and expanding network and has given a tremendous boost to H9 family to excel further and rise higher in the aviation sector.

Nepal To Postpone Resumption Of Domestic And International Flights By NEW SPOTLIGHT ONLINE 16 hours, 59 minutes ago