Arsenal Beat Newcastle To Move Above Manchester United And Tottenham

Arsenal Beat Newcastle To Move Above Manchester United And Tottenham 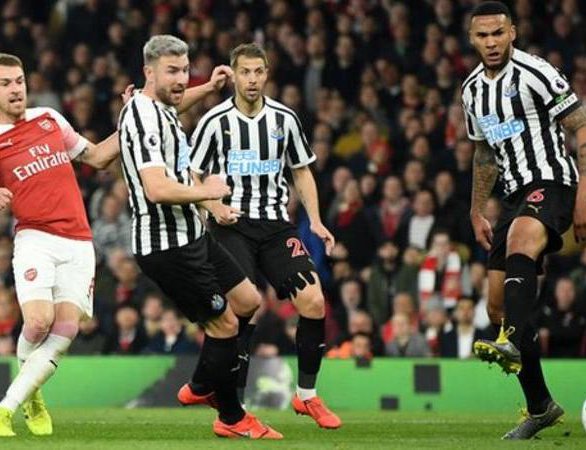 Arsenal beat Newcastle at Emirates Stadium to move above Manchester United and north London rivals Tottenham and go third in the Premier League.

Aaron Ramsey, who had an earlier effort disallowed following a foul, put the hosts ahead with a fine low strike from 15 yards out.

Newcastle's Matt Ritchie produced a diving header on the goalline to deny Alexandre Lacazette, but the Frenchman doubled Arsenal's lead late on when he calmly lofted the ball over goalkeeper Martin Dubravka.

The visitors' best chance fell to Salomon Rondon and his low shot was pushed wide by Arsenal goalkeeper Bernd Leno.

Arsenal were 10 points behind Tottenham at the start of February but this victory took the Gunners two points clear of fourth-placed Spurs and United in fifth with seven league games remaining.

This was a 10th home league victory in a row for Arsenal, their best run since a similar sequence from December 1997 to May 1998, as Unai Emery's team continued a strong second half of the season that could see them secure a return to Champions League action after a two-year absence.

Arsene Wenger's 22-year spell in charge of the Gunners ended with regular protests among the fans as they watched their team drift away from Europe's elite.

But Emery, in his first year in the English game, has galvanised the side with his brand of free-flowing attacking football and this result took them to 63 points - the same that the Gunners managed under Wenger in all of 2017-18.

Arsenal started with top scorer Pierre-Emerick Aubameyang on the bench, but they still had 71% possession and were simply too strong for their opponents.