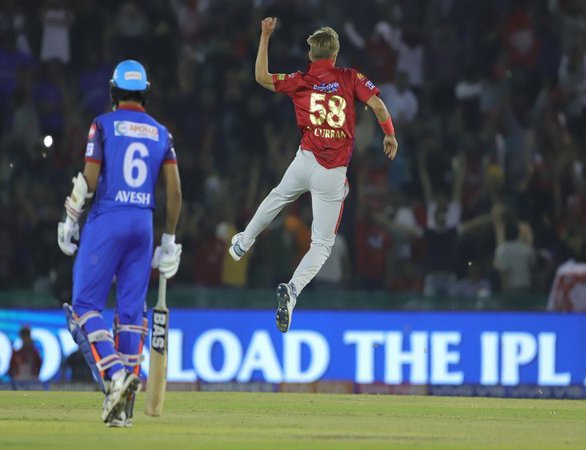 A gutted Delhi Capitals captain Shreyas Iyer said that he was "speechless" after his team lost seven wickets for eight runs in their 14-run defeat to Kings XI Punjab in an IPL encounter on April 1, Monday. Kings Punjab XI has scored166/9 and Delhi Capitals 152 (19.2/20 over)

DC were chasing 144 for 3 in the 17th over, chasing 167 and were subsequently bowled out for 152 in 19.2 overs. “I am really speechless. It is a crucial match and losing such matches is not going to benefit us,” said Shreyas Iyer, Delhi Capitals Captain.

“Really disappointing. With the way we were going, we came to run-a-ball and to lose from there, really disappointing. We didn’t play smart cricket and Punjab outplayed us in all the departments. They were really cool and calm in that situation. Our batsmen did not taking initiative to win the game,” said Iyer.

A delighted KXIP skipper Ravichandran Ashwin said that they were waiting for Rishabh Pant to make a mistake and cash in from thereon.

“Not may times, you defend. When Rishabh hit the six, we just needed to hang in there. Credit to Shami and Curran. We were probably 25 runs short. We backed ourselves to defend with three spinners.”

Curran at the post-match presentation seemed ecstatic after he not only won the match for his side from no where but was also became the youngest bowler to take an IPL hat-trick.

“Great win for the guys. I tried to put a performance for my team. Luckily enough, we scraped to 166, all the six bowlers were excellent. I didn’t really know (about the hat-trick). The crowd got really loud, I couldn’t hear myself. Ash told me what to do.”

Apart from his antics with the ball, Curran proved that he was no novice with the bat. After Gayle was ruled out with an injury, it was Sam who was promoted to open the innings with KL Rahul and he didn’t do bad. Off the ten balls he faced, the Englishman scored twenty runs before getting dismissed.

“I have worked a lot on my batting over the last few months. I like to work hard on my batting, bowling and fielding. I have opened in school cricket, but think this was the first time in professional cricket. Hopefully, we keep winning games.”

“Against the Iocal batters, I had to ask our players, "Where does he hit?". Shami got two amazing overs in the end which helped” concluded Curran.