I Want To Lead The Party Again Through Election: Deuba

I Want To Lead The Party Again Through Election: Deuba 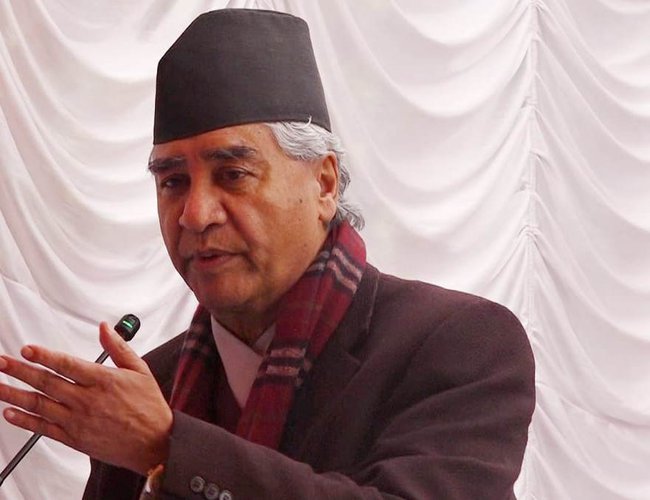 President of Nepali Congress Sher Bahadur Deuba has announced that he will contest the elections for party president second time. Addressing a regional party meeting in Lamahi of Dang, former Prime Minister Deuba said that party’ constitution has made a provision allow everyone to come to party leadership through election.

“I want to contest the election to be a party president again,” said former Prime Minister Deuba. “Congress party I a party of all the people. There are reservations for women, Tharu, Madheshi, and Dalit.” In the name of elections, one cannot bar individual from primary level. It is intolerance to uproot party worker from grass root.

In his sixteen minute long statement, Former Prime Minister Deuba spared all his time to criticize the activities of the government blaming the government failing to deliver service to the people.

According to Deshsanchar.com, Prime Minister Deuba urged his party workers be ready for the agitation against Oli government

Nepal Has Made A Steady Economic Progress In The Last Three Years: Prime Minister Oli By NEW SPOTLIGHT ONLINE 1 week, 4 days ago

Youth, Politics And The Future of The Nation By Deepak Raj Joshi 3 weeks ago

Cabinet Reshuffle Is Not An Agenda Now: PM Oli By NEW SPOTLIGHT ONLINE 3 weeks, 4 days ago