Minister Pun Thanks Germany For Providing Valuable Support To Nepal

Minister Pun Thanks Germany For Providing Valuable Support To Nepal 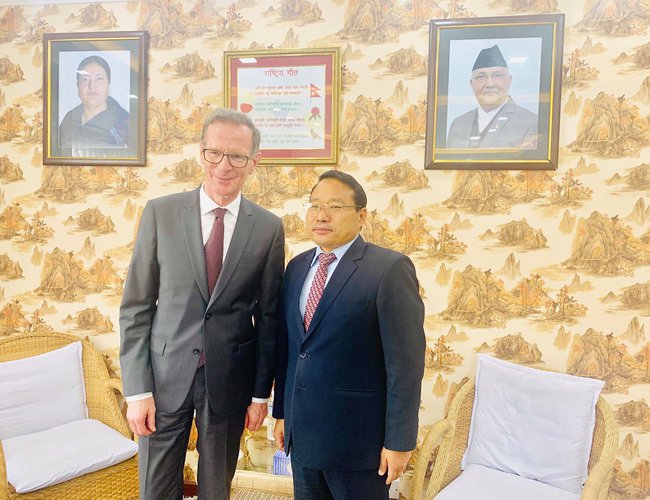 Minister for Energy, Water Resources and Irrigation Barsha Man Pun has that the government of Federal Republic of Germany providing valuable support to promote alternative energy sector in Nepal.

Minister Pun made this remark while welcoming ambassador of Germany to Nepal Roland Schafer, who paid a courtesy call to him, at his office in Singhdubar. 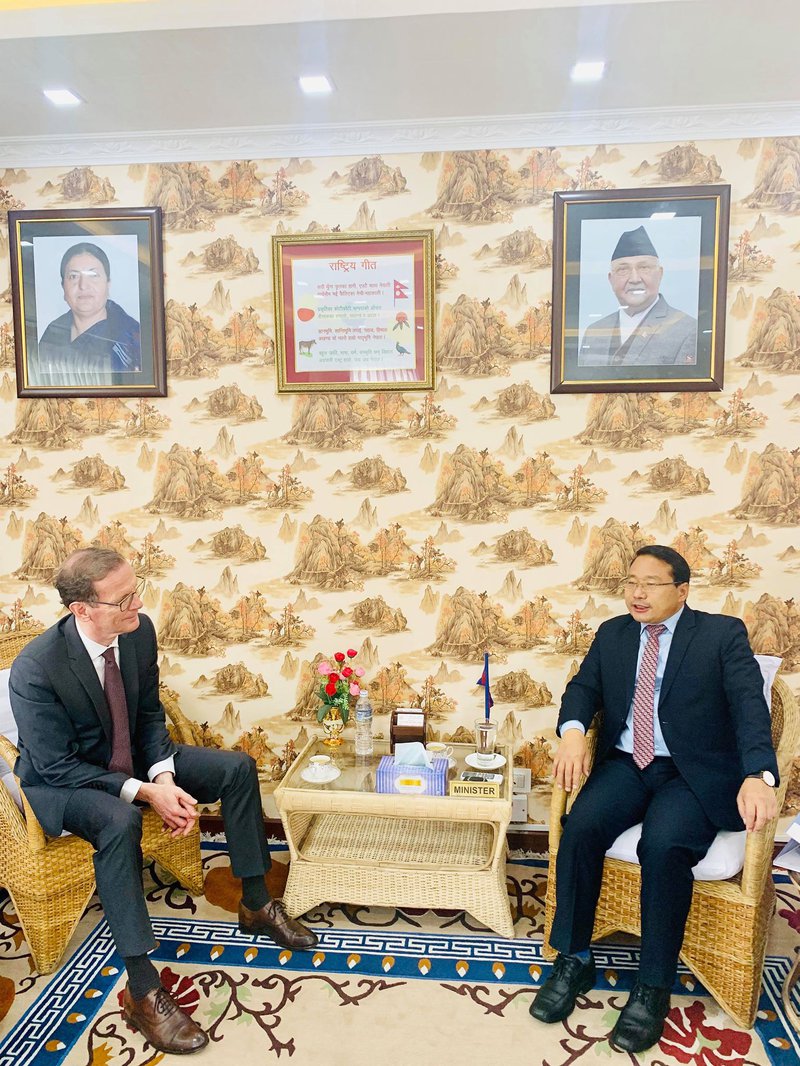 During the meeting, they discussed the issues related to mutual interest. Minister Pun has said recently concluded Nepal Investment Forum was historic and the government will start the process of implementation.

According to a press release issued by the Ministry of Energy, Water Resources and Irrigation, Minister Pun said that Smart Meter and Smart Grid were priority of the government. He said the under-grounding cable in Kathmandu has already started.

German ambassador too Nepal Roland Schafer said that German is ready to support Nepal in alternative energy sector. He also inquired about state of smart grid in Nepal. Ambassador also said that Nepal's peace process is one of the successful model of the world.